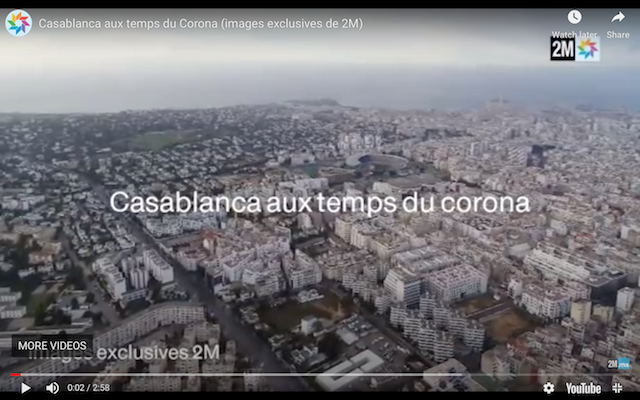 There is no understating the impact of the pandemic globally and in Africa, which has yet to feel its full impact. Death rates are rising, countries are adopting increasingly restrictive measure, health systems are straining, and more and more people are displaced in both the formal and informal economies. Having only recently survived the Ebola virus, Africans are once under the threat of increased isolation, poverty, and a lower standard of living.

The situation is dire. Reporting in his April 11 weekly column “WSJ Pro Emerging & Growth Markets,” Dan Keeler points out that nearly half of the world’s nations, more than 90 countries, have asked about IMF bailouts while at least 60 are seeking aid from the World Bank. Kristalina Georgieva, the managing director of the IMF, said that three months ago, the IMF was expecting per capita incomes to grow in 160 of the IMF’s 189 member countries, but now said the IMF expects per capita income to shrink in 170 countries.

Given this tragedy-in-the-making scenario, there are many lessons to be learned from Morocco’s handling of the coronavirus so far. Much of its success can be attributed to the leadership of King Mohammed VI who early on took actions to mobilize the government and citizens to take on the challenge of protecting their country. While its duration and toll are far from concluded, there is a great deal to be said for the sense of national purpose that has emerged in the country, probably the most since the Casablanca bombings in 2003.

The efforts underway don’t favor urban versus rural areas, professionals or blue-collar workers, the poor or the middle class. Policies focus on encouraging all ages and regions to take measures that will give the country the tools and hope to survive. Without a proven vaccine to immunize millions of people, there is much to be done. Like other countries, Moroccan engineers, health professionals, and technicians have already developed ventilators manufactured from locally available components. Its many textile factories are producing masks and gowns for health workers and communities, without depending on others. What is in short supply are hospitals and personnel who lack test kits, research facilities, country-wide data collection, and an adequate number of nurses and public health workers. The World Bank and the EU have stepped up their support by providing supplies and funds to support small and medium-sized enterprises while the government in rolling out funding for companies to maintain wages and benefits for their employees.

Field hospitals have been set up, clinics in towns and remote areas are gradually being staffed and resourced, medical supplies purchased internationally, and the local pharmaceutical industry is contributing its part by speeding up the manufacturing of important medications.

As early as March 12, the Kingdom was observing protocols for physical contact, with the King notably not shaking hands with visitors. Having a King in charge may have added urgency to collaboration among government agencies which are demonstrating a degree of accountability that is not always the case. International and domestic flights are blocked, borders closed, mosques, schools, and non-essential jobs shuttered, and attention focused on strengthening social safety needs particularly for the poor, marginalized, and rural areas. Where possible, distance learning is being implemented and teleworking emphasized. The government is also making efforts to protect consumers by monitoring supplies and prices of basic commodities, enforced by the security services.

The King initiated the national strategy by creating a special fund of $1.5 billion to support the economy. An additional $2 billion was raised from companies and citizens anxious to contribute to the campaign. While this is just the beginning, the country has also drawn on a $3 billion line of credit with the IMF to protect its capacity to meet the country’s needs both for imports and to stabilize the banking sector. While there is no projecting when markets for Moroccan products will restart or if agriculture will rebound after another disastrous season, hedging now against a longer term downturn is just plain smart planning.

The country’s clear and consistent messaging to the people cannot be overlooked as a factor in the country’s resilience. The King is clearly engaged, government actors are stepping up to challenges, efficiencies such as extending digital access in government operations are moving ahead quickly, and communities are showing their commitment by embracing restrictions, cooperating in the delivery of services to the elderly and infirm, and rekindling relationships despite social distancing protocols.

It is intriguing to think how this will be seen in hindsight from 2030. For now, Moroccans can stand tall with their King and be energized by the sense of cooperation and support that is evident to date.

On the international level, the King has issued a call to his fellow heads of state to develop a continent-wide framework to help vulnerable African countries facing critical challenges in combatting the pandemic. After a video meeting with Alassane Ouattara, president of Côte d’Ivoire, and Macky Sall, president of Senegal, he discussed sharing best practices and lessons being learned to lessen the impact of the virus. WHO experts fear that the pandemic will spread rapidly through sub-Saharan Africa since conditions there limit the effectiveness of social distancing and hygiene practices that slow the spread of the virus. The King also discussed cooperation on providing needed equipment to distressed areas and poorly resourced facilities. It no small way, he is showing leadership and presence that may be a critical factor in Morocco’s ability to weather the pandemic.