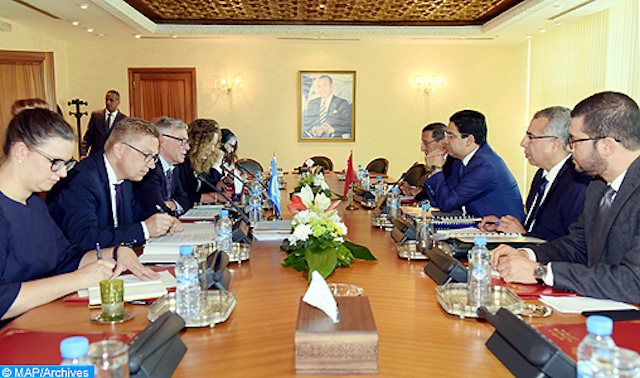 It appears that UN Personal Envoy Horst Kohler’s reported request that the Parties refrain from extensive comments to the media following their Geneva meeting of December 5 and 6 has largely been respected, thus far.  Little of substance has been reported. Nevertheless, there are some clues.

Kohler has announced that he intends to call for another round of discussions in the first quarter of the New Year. Morocco has welcomed that announcement, but also suggested that it was hoping the next get together would produce something more tangible in terms of moving the issue towards a realistic resolution. We can take it from that comment that this current round did little in that regard. To be expected. It was always intended not so much as a substantive round of negotiations, but rather an informal discussion about how to have such talks in the future.

The timing for the next session should also not come as a surprise. The Security Council is scheduled to take this matter up again before the end of next April when MINURSO’s mandate is up for reconsideration.  I use that term with purpose. It is not at all clear after two unusual six-month extensions that the next reconsideration of the peacekeeping mandate will produce an annual renewal similar to those of past two decades. Clearly, Kohler wants at least one more chance to break the stalemate among the Parties before he has to report on “progress” to the Council.

Between now and the next round of talks, there is much to do. It is no secret where the Parties stand. They stand where they have been seated for the last 20 plus years. The real question is whether the Security Council is prepared to take a stand itself in order to move the issue beyond its current impasse. If it does not, we can all expect more of the same – unless the Council decides to throw up its hands in frustration and chooses to no longer remain “seized” of the matter.

Twenty years ago, then Personal Envoy James Baker attempted to move the Council to take more decisive action when he presented his first attempt at a compromise political solution that came to be known as “The Framework Agreement.”  Unfortunately, the Council was not prepared to accept any of Mr. Baker’s alternative courses of action. Only Morocco was willing to agree to negotiate on the terms put forward by the Personal Envoy.

Two decades later, it seems to me that it is time for the Council to revisit this approach. Perhaps Mr. Kohler will have better luck than his predecessor.  But that is not going to happen unless he is prepared to put something forward for the Council to consider.  The Council has stated repeatedly that it supports a “political solution, a “compromise,” something that is “realistic.” Those criteria would seem to be a good place for Mr. Kohler to begin crafting his own proposal for Council consideration. The situation is no different today than it was in 2000 when Mr. Baker told the Parties that they would each have to abandon their maximalist positions – no to independence for the territory and no to a full and unexceptional integration of the region into Morocco. You will, he reportedly told them, have to find some compromise in between. That, along with the criteria the Council says it supports, is the place for Mr. Kohler to start at the next round of talks. Until then, he has a lot of work to do with individual Security Council member states.