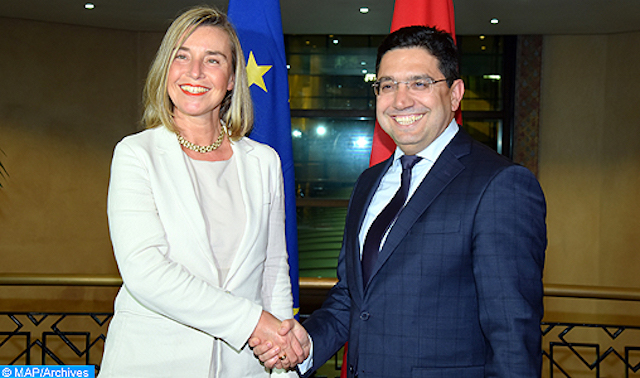 The King of Morocco wasted no time in extending an olive branch to newly elected Algerian President Abdelmadjid Tebboune, calling for a new relationship based on mutual trust and constructive dialogue. The land border has been closed since 1994 in the aftermath of Moroccan accusations that the Algerian government was behind a terrorist attack in Marrakech, which only exacerbated their ongoing dispute over the Western Sahara.

While some had hoped that a new regime would move past the conflict and instead recognize the benefits to both countries, the president had run on an anti-Morocco platform rejecting its claims on the Western Sahara, calling it an issue of “de-colonialization.” At the same time, Tebboune mentioned that he hoped that the differences over the Sahara would not undermine the bilateral relations.

It has been estimated that Morocco is losing some $2 billion annually in potential cross-border business with Algeria since Morocco’s economy has much more to offer consumers, is more diversified, and not dependent on the vagaries of the energy market. Algeria, on the other hand, continues to suffer from an economy largely tied to energy exports while facing rising demands from its citizens for jobs, services, and a more open economy. With a tepid response from Algerians to his election, Tebboune may believe that taking a nationalist position vis-à-vis the Sahara will somehow distract people from the country’s poor economic performance and insular politics. Whether or not that will affect the government’s need to respond significantly to the public is uncertain.

Regionalization Rising. Faced with his own concerns for more effective governance and social equality in Morocco, King Mohammed has once again emphasized the importance of moving ahead with regionalization that will devolve decision-making and resources from the central government to the various districts and municipalities in the country. In his message to a conference on advanced regionalization this past weekend, he stressed the importance of the devolution of administrative powers for regionalization to succeed. He spoke of the need to harmonize public policies, action plans, and physical and human resources through specific links between the central and regional governments.

He called on Rabat to speed up the preparation of master plans for administrative decentralization, which should include economic, social, cultural, and environmental sectors. “It should be part of a public policy based on the regional dimension and on an efficient and strong economy that stimulates growth, creates job opportunities, and achieves social justice.” He also encouraged the participants to come up with practical recommendations that would achieve regional development, curb social disparities, enhance attractiveness, improve regional competitiveness, adopt modern financial and administrative mechanism, and ensure inclusive citizen participation.

Morocco continues to attract international support in its efforts to promote economic development as part of its decentralization strategy so that all of the regions of Morocco have opportunities to develop sectors in which they have a comparative advantage. One of its major partners is the African Development Bank, which has agreed to provide a $220 million grant to the country to enhance industrial development in local areas. The program will help attract more private investors and generate new jobs in various regions, based on the national industrialization plan. This follows a recent loan of $110 million for projects, led by local authorities, to improve the quality of public services especially in rural areas, and at developing local new economic and industrial activities.

On the health and social services front, the Bank also approved a loan of $204 million to promote a regional development approach of more integrated and inclusive social policies, and to broaden social protection for people with disabilities, children, and vulnerable women by building hospitals and upgrading infrastructure and equipment in urban and rural areas. This will include an additional hospital and a specialized treatment center in the southern regions.

Meanwhile, the fund will enable the creation of 144 units specialized in the care of people with specific needs and also improving the infrastructure and equipment of 100 clinics in rural areas. The clinics will be provided with telemedicine equipment allowing for rapid and remote treatment of patients, according to information from the Bank.

The EU is also continuing its support for Morocco. This week, The European Commission announced a new cooperation programs worth some $431 million to support reforms, inclusive development, and border management, and to work towards developing a “Euro-Moroccan partnership for shared prosperity.”

The Member of the European Commission in charge of Neighborhood Policy and Enlargement, Olivér Várhelyi, stated that, “Morocco plays a crucial role as a partner of the European Union. Together, we will contribute to the sustainable and inclusive growth of Morocco, we will fight smuggler networks which endanger the lives of vulnerable people, and we will improve the protection of migrant victims from these criminal networks. Morocco can count on the EU…”

The EU’s efforts in support of border management are targeted at drugs and human trafficking, and include enhanced management of land and sea borders, and also airports, through the use of modern technologies and closer cooperation with EU agencies.

On the human development side, the objectives of the program are to improve access to technical and vocational training for rural populations, the socially vulnerable, migrants, and the marginalized; to improve health care access in the context of advanced regionalization; more transparency in providing public services; strengthening support for human rights; and institutional support for the Parliament.