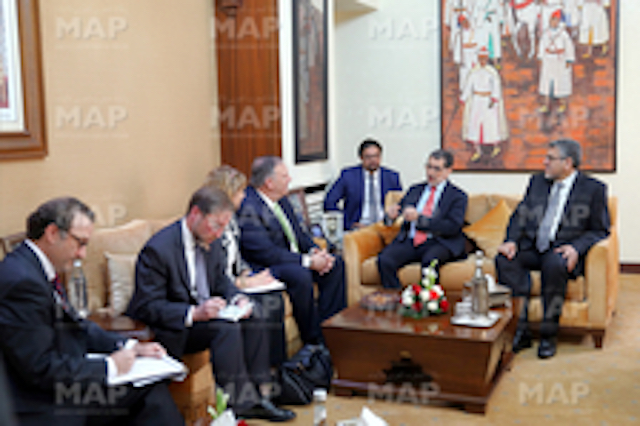 Last week, my colleague Ed Gabriel wrote a blog commending the resolve of King Mohammed VI to not cave into alleged efforts, as reported in several press accounts, by Secretary of State Pompeo to persuade Morocco to bend its policy on Israel and Palestine to favor better prospects for Israeli Prime Minister Netanyahu’s reelection.  Press speculation suggested that Pompeo might offer some kind of grand bargain on the Western Sahara as an inducement.  Aside from the press accounts, there is no other reliable evidence that any of this was true. Nevertheless, following Pompeo’s visit, fresh questions about US policy on the Western Sahara deserve to be asked.

Since 1999, it has been the policy of the United States to support a political solution based on some kind of trade off between recognition of Moroccan sovereignty in the territory in exchange for a liberal grant of autonomy that would allow the people in Morocco’s three Saharan provinces to largely run their own affairs.  This US proposal originated in the second Clinton Administration and was specifically endorsed by the following Bush and Obama governments. In April 2007, Morocco tabled its own initiative based on the sovereignty/autonomy formula. Both the Bush and Obama Administrations declared that proposal to be “serious, credible, and realistic.”

The Trump Administration has not yet given that same endorsement to Morocco’s initiative. No senior official of the Trump Administration has addressed the Moroccan initiative, one way or the other, in a public statement. Instead, the State Department has recently reverted to standard boiler plate language on the question which limits its position to simply supporting the current (stalled) United Nations process.

It is understandable that while John Bolton remained National Security Advisor it was always likely that the Trump Administration would withhold the kind of positive endorsement offered by Clinton, Bush, and Obama to Morocco’s efforts to resolve this problem. Bolton’s skepticism, not to say hostility, towards Morocco was well known and well documented.  But John Bolton is no longer a senior official of the Trump Administration and one might have expected that following his departure the State Department might at least lean forward on the Sahara question consistent with long established US policy and provide a positive statement about the Moroccan initiative. Secretary Pompeo’s recent visit to Rabat would have been the ideal moment to renew the US commitment to a political solution in Western Sahara with a positive statement about the Moroccan initiative. Alas, it did not happen.

The press reports preceding Pompeo’s visit may or may not have been accurate, but we have all now recognized that the Trump Administration’s foreign policy tends to rely more on quid pro quos rather than commitments to values or positions that are clearly in the best interest of the United States.

Does the United States still support a political solution in Western Sahara based on the sovereignty/autonomy formula that has been official US policy since 1999 and does the Trump Administration agree with the assessment of its predecessors that the Moroccan initiative in this regard is indeed “serious, credible, and realistic?’  The State Department should answer these questions and remove any ambiguity about US policy.