**Morocco’s Deputy Foreign Minister Amrani in Washington on week of Dec. 3 for preparations**

MACP (Washington, DC,Nov. 29) — Morocco’s Deputy Foreign Minister Youssef Amrani will be in Washington, DC on December 3 to prepare for Secretary of State Hillary Clinton’s upcoming strategic discussions in Morocco with His Majesty King Mohammed VI.  King Mohammed VI and Secretary Clinton will meet on December 11 in Morocco to discuss specific steps Morocco and the US can take within their strategic partnership to overcome security challenges in Mali and Syria, address the Middle East peace process and regional humanitarian concerns, and deepen the US-Morocco bilateral relationship. 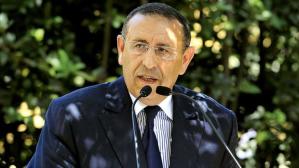 Morocco has become an increasingly important strategic partner for the US since King Mohammed VI began, more than a decade ago, to advance democratic reforms in a progressive manner, successfully avoiding the chaos and uncertainties that have troubled much of the region over the past two years.

In addition, as a non-permanent member of the UN Security Council and a bilateral partner in the new Morocco-US Strategic Dialogue, Morocco and King Mohammed VI have recently played an increasingly important role on the international stage, helping the US and its allies to address the pressing crisis in Syria and now Mali.

On December 12, Secretary Clinton will join the fourth “Friends of Syria” meeting, which Morocco is hosting in Marrakech. More than 100 delegations are expected to attend. The goal is to reach agreement on a common strategy for ensuring a political transition, mobilizing aid for refugees caught in the humanitarian crisis, and addressing regional security implications. Morocco has worked closely with the US to advance a common and progressive position among Arab nations on the crisis.