*On US Wanted List: Boko Haram leader, Mokhtar Belmokhtar, and leaders of AQIM and MUJWA. Rewards for Justice program has paid more than $125 million since 1984.*

CNN (Washington, DC, June 4, 2013) — A U.S. State Department initiative that has yielded valuable intelligence by paying out large sums of money has set its sights on terror groups in North and West Africa.

For the first time, the Rewards for Justice program is offering rewards for information on the leaders of three notorious groups: al Qaeda in the Islamic Maghreb (AQIM), the Movement for Unity and Jihad in West Africa (MUJWA); and the groups known as the Signed-in-Blood Battalion and Boko Haram. 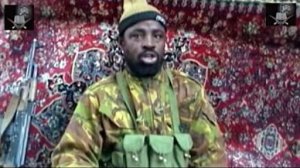 The highest sum is reserved for Boko Haram leader Abubakar Shekau: Up to $7 million.

The group, whose name means “Western education is forbidden,” has referred to itself as the “Nigerian Taliban.” It seeks to overthrow the government and replace it with a regime based on Islamic law.

According to Human Rights Watch, Boko Haram has killed more than 2,800 people in its escalating campaign.

In August 2011, it attacked a United Nations facility in Abuja, Nigeria, killing at least 23 people. It has also unleashed a wave of attacks on Christian churches.

He is the founder of the Signed-in-Blood Battalion, also known as the al-Mulathamun Battalion.

The group claimed responsibility for an attack in January on a gas facility in Algeria.

At least 37 hostages, including three U.S. citizens, died in the seizure of, and ensuing special forces assault on, the facility in In Amenas.

The program has also posted rewards for information on leaders of AQIM and MUJWA. 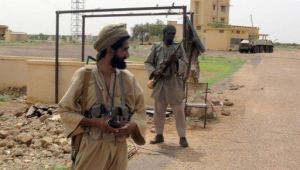 Al Qaeda in the Islamic Maghreb (AQIM) & Movement for Unity and Jihad in West Africa (MUJWA) are also on the US Wanted list. CNN

Initially involved in smuggling cigarettes, cars, drugs, and weapons, Al Qaeda in the Islamic Maghreb has more recently engaged in attacks and in kidnappings in the Saharan region that have generated millions of dollars in ransoms.

MUJWA is an AQIM offshoot, also responsible for abductions of foreigners for ransom.

A track record of success

The Rewards for Justice Program pays large sums of money for information that leads to the arrest or conviction of anyone who plans, commits or attempts international terrorist acts.

Earlier this year, President Barack Obama expanded the program to include payments for information about people involved in transnational organized crime or foreign nationals wanted by any international criminal tribunal for war crimes or genocide.

The program has a track record of gaining actionable intelligence.

Since its inception in 1984, the program has paid more than $125 million to more than 80 people who provided information that put terrorists behind bars or prevented acts of international terrorism worldwide.

The program was central to the capture of Saddam Hussein’s sons Odai and Qusai; Ramzi Yousef, convicted of the 1993 World Trade Center bombing; and others.

Under the Rewards for Justice Program, a $25 million reward was offered for information leading to the capture of Osama bin Laden.