Forbes, by Robert D. Kaplan, Stratfor (June 19, 2013) — A startling fact has emerged from the Arab Spring that few have remarked upon: despite the pining for democracy by the Muslim masses, it’s comparatively safe to be a king or sultan. Royal families have survived better in this age of upheaval than secular autocrats, despite the latter’s pretension to revolutionary traditions. No Arab royal family has been toppled, and most have made deft adjustments in the face of public unrest. Compare that with military dictators and security service thugs who have either been killed, driven into exile or who are fighting quite bloodily for their survival.

King Mohammed VI of Morocco, King Abdullah of Saudi Arabia, King Abdullah II of Jordan, Sultan Qaboos bin Said of Oman and the various sheikhs of the Persian Gulf are, to be sure, more nervous on their thrones than a few years ago: in particular the monarchs of Jordan, Bahrain and Saudi Arabia. Moreover, they are not angels. Strong and regularly ruthless security services help keep these monarchs in power. Nevertheless, as comparison is the beginning of all serious scholarship, compared to other regimes in the region these monarchs have been both enlightened and Machiavellian in the best sense of the word.

Algeria’s military-cum-revolutionary regime contended with a civil war in the 1990s; and, with the looming death of President Abdel Aziz Bouteflika, stability there is seriously questionable. Tunisia’s secular strongman Zine El Abdine Ben Ali was toppled in a popular uprising in 2011; so was military dictator Hosni Mubarak in Egypt. Libyan tyrant Moammar Gadhafi was hunted down by a crowd and murdered, following another popular uprising. Mubarak was in a line of revolutionary military pharaohs and Gadhafi was an avowed radical: a self-declared enemy of the reactionary order of kings. Yet, the Egyptian and Libyan masses were not impressed.

Of course, the sturdiest revolutionary credentials were possessed by the Baathist socialist rulers of Iraq and Syria. Though the Americans toppled Iraqi dictator Saddam Hussein, many in the country did not mourn his death. And had the Americans not invaded, the Arab Spring might have claimed Saddam, too, as a victim. Finally, there is Syrian dictator Bashar al Assad, who thus far has had to wage a civil war that has claimed 93,000 lives and created millions of refugees in order to stay in power.

Modernizing officer corps have bitten the desert dust; antiquated dynasties have held on, at least so far. Why?

The fact is, monarchs are identified with their states to a degree that the officers and the dark-suited security heavies are not. Tunisia is an age-old cluster of civilization emanating from ancient Carthage, the incredibly corrupt, plain-clothed policeman (because that’s what he was) Ben Ali was superfluous to Tunisia’s identity. Egypt constitutes a river valley civilization going back thousands of years. Toppling Mubarak was not going to lead to the breakup of the country. Then there are the revolutionary leaders who governed no real states at all. Libya is but a vague geographical expression that was held together only by Gadhafi’s tyranny — a tyranny so suffocating that it sowed the seeds of its own destruction. Syria and Iraq are also artificial states, and their erstwhile rulers, al Assad and Hussein, have represented sectarian minority regimes with questionable legitimacy at best. In sum, either the rulers were not sufficiently identified with their states, or there weren’t any states underneath them. 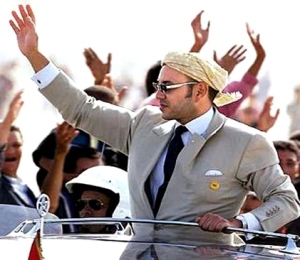 The contrast with Arab royalty could not be greater.The monarchs and their states, in terms of identity, are inextricable. The Alaouite dynasty in Morocco has ruled longer than the United States has existed as a country: it was Alaouite Moulay al-Rashid who forged the country in the first place in the second half of the 17th century. Saudi Arabia is, well, Saudi Arabia, the kingdom of the al-Sauds: without them there is no country.Jordan’s geographical artificialness, coupled with its uneasy mix of desert tribesmen and urban Palestinians, is held together by the unifying force of the monarch: whose Hashemite family — claiming direct descent from the Prophet Mohammed — was synonymous with the original founding of the state in the mid-20th century. In Oman, the sultan has united the disparate worlds of the desert interior and the cosmopolitan, Indian Ocean seaboard in order to forge a state. As for the Gulf sheikhdoms, they were created as such by the British, and have been further buttressed by combining small populations with significant hydrocarbon deposits. Only the royal family in Bahrain is in trouble, because of a Sunni-Shiite split that has also bedeviled Iraq. 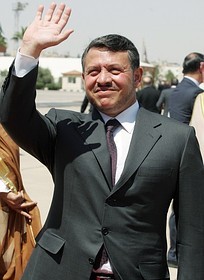 Precisely because of this historical legitimacy, the royal families of the Arab world have not had to govern in an extremely brutal fashion — relative to the likes of the Gadhafis, the al Assads and Husseins. Their very moderation, again, relative to their region, has made them at least tolerable to their populations — if not downright popular, in some cases. Moreover, because of their inherited wealth, there is not the same impetus to be corrupt. The kings and sultans may live lavishly, but they lack to the same degree the money-grubbing aura of the Ben Alis and Mubaraks, with their vulgar, nouveau riche wives. The Arab royals represent “old money,” after a fashion. This, too, has made them more acceptable to the masses.

There are other factors. Precisely because the monarchs are ceremonial — encompassing all the pomp and circumstance of the state in their very persons — they can often delegate the dirty work of actual daily governance to ministers, who, when things go wrong, can conveniently take the blame. Indeed, who says the Arab world does not have separation of powers? Some Arab monarchs utilize this feature all the time, to their benefit. Jordan’s kings are famous for firing prime ministers during many an economic downturn. The problem with the Gadhafis and the Mubaraks was that, because they had no inherited legitimacy (nobody believed in their pomp and circumstance), they demanded absolute power as insurance against coups. And because they had absolute power, they got personally blamed when the economy produced uneven results.

Finally, there is something else, something harder to define. Yes, the Arab royals are legitimate in a way their non-royal counterparts are not. Nevertheless, preserving a family tradition of state power for generations and, in some cases, for centuries, is an enormous responsibility: much greater even than that of the scions of family-run corporations in the West. You don’t want to be the last in a royal line! And so, in addition to being wily and occasionally ruthless, there is also the constant desire to do good works: to earn your throne, as it were. For that, ultimately, is what will keep you in power. So when we think of Arab leaders who are — in a larger political sense — humane, who comes to mind: Mohammed VI, Abdullah II, Sultan Qaboos. That is the key to being a real prince, as Machiavelli would say: combining ruthlessness with virtu (virtue).

The democratic West should count itself lucky to have such autocrats in power.