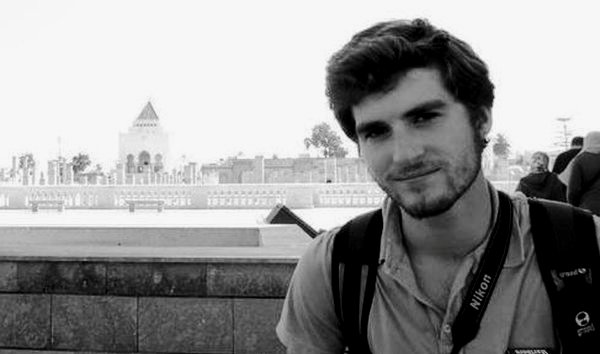 Andrew Pochter, American killed during protests in Alexandria, Egypt Friday, was “filled with Arabic language & with the Arab world,” said Hachimi Taoufik, who taught him during his year-long stay in Morocco, June 2010-June 2011, on a US State Dept. program. Al Arabiya. Photo: Pochter Family, Via AP

The New York Times, A16, and Al Arabiya (June 30, 2013) — The American student who was killed in Egypt on Friday during street protests in Alexandria was an idealist, an Arabist and a linguist, drawn to the Middle East despite — or perhaps even because of — its political unrest, friends said.

The American, Andrew Pochter, 21, a student at Kenyon College in Gambier, Ohio, was exuberant when he departed for Egypt on May 28 for a three-month visit, said a friend, Zoe Lyon. The prospect of being in a country riven by political and religious conflict seemed to hold no fears for him, Ms. Lyon said. Like many other young people drawn to the world’s problems, she said, “he knew there was a possibility of trouble, but never thought that he could get caught up in it.”

“I am not shocked he was at a protest,” she said.

Egyptian security officials said Saturday that Mr. Pochter was stabbed in the chest, near his heart, late Friday during clashes between supporters and opponents of the country’s president, Mohamed Morsi. He was taken to a nearby military hospital where he was pronounced dead shortly afterward. 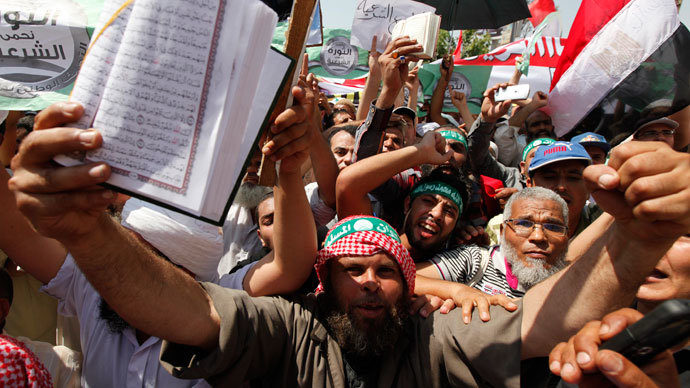 On Saturday, Egyptian prosecutors ordered the arrest of suspects in the killing, but gave no information on the number of suspects or their identities. The prosecutor also ordered Mr. Pochter’s body to be handed over to American officials.

But, even as the diplomatic machinery turned, current and former American students in Alexandria said Saturday that the reverberations of Mr. Pochter’s death had only just begun.

Alexandria, a port city which has previously seen protests turn violent, felt more tense than Cairo recently, said Tim Montrief, a University of Michigan student who spent time in both cities while studying in Egypt. That tension, he said, “transferred over to how people treated Americans. It was really palpable.”

One difference, he said, was that in Alexandria “they don’t really want their pictures taken. You really didn’t want to be seen taking someone’s picture.” Ms. Lyon said it was not clear, citing conversations with Mr. Pochter’s family, whether he was taking pictures or video of the scene in Alexandria.

Ian Bury, a student who took part in a language program called Flagship, who also recently returned to the United States, said he was surprised in Alexandria by “how much closer I was to the reality of the situation. My friends lived across the street from the Muslim Brotherhood headquarters that were burned down. Protests frequently passed behind my apartment,” he said, and he witnessed an anarchist group burning tires.

“I believe the real issue right now in Egypt isn’t the political disagreements but rather the complete lack of basic security measures,” Mr. Bury said.

“Thousands of families who have sent children abroad, or are planning to, have read, and will read about this,” said one friend of Mr. Pochter’s, who asked not to be identified because he did not want to be seen as speaking for the Pochter family.

“My own family already called and told me not to go back to Egypt,” the friend said. But if Mr. Pochter’s death leads to “a collective recoil,” and a drawback of language and study abroad programs in Egypt, “it would be a shame. I don’t think he would have wanted that.”

Mr. Pochter, said his friend Ms. Lyons, took an avid interest in the social and political turmoil in the Middle East after spending time with a host family in Morocco at the beginning of the Arab Spring in 2010 and 2011, she said. His family said he had gone to Egypt to teach English to young children, while also working to improve his Arabic skills. 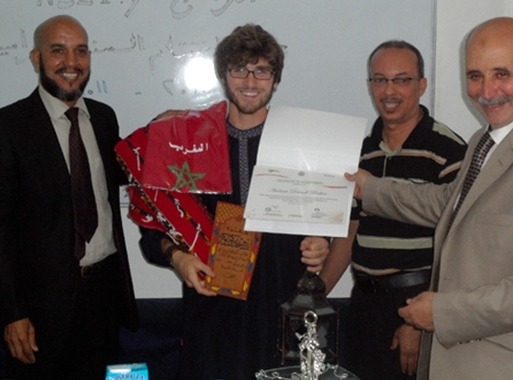 “He went to Egypt because he cared profoundly about the Middle East and he planned to live and work there in the pursuit of peace and understanding,” the family said in their statement. “Andrew was a wonderful young man looking for new experiences in the world and finding ways to share his talents while he learned.”

Mr. Pochter’s parents live in Chevy Chase, Md., just outside Washington. His father spoke briefly with a reporter at their home on Saturday, but only to say that the family preferred to speak with the news media on another day. Mr. Pochter’s mother, Elizabeth Driscoll Pochter, is the administrator for policy and program at the National Gallery of Art in Washington. 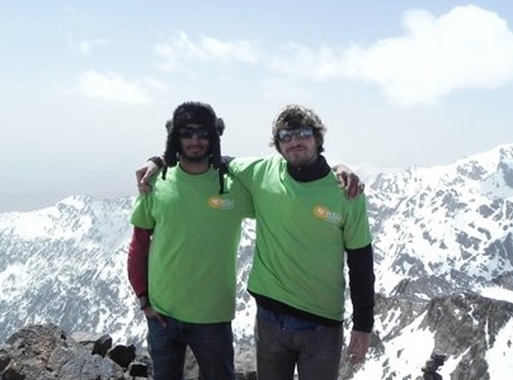 Andrew with his friend Junaid on summit of Morocco’s Mount Toubkal. Al Arabiya

In an article Mr. Pochter wrote for the Saudi Arabian news network Al Arabiya in 2011, he described his experiences in the unpredictable early days of a political movement that came to transform the region, sometimes painfully.

He wrote, then, of his support for street protests. His host family, and others, he wrote, would “be on the streets to make sure that their claims and concerns are heard by all parties.”

Meryn Chimes, another of Mr. Pochter’s friends, said she last communicated with him on Tuesday on Facebook. He spoke of his students, not the turmoil around him. “They were having a hard time learning English, but they were really trying, and he was proud of them,” Ms. Chimes, 20, a senior at New York University, said Mr. Pochter told her.

“Andrew’s world was one in which he saw the best in everyone,” she said.