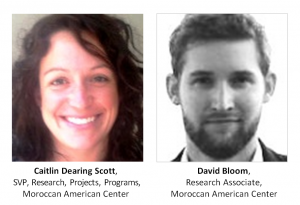 There have been both encouraging and disturbing developments in the security situation in the Maghreb and Sahel over the past few weeks. First – the encouraging news.   Last week, French Defense Minister Jean-Yves Le Drian announced his country’s plan to bolster its security presence in the Sahel and reorganize it to “be more reactive about potential crises.”

France plans to design new specialized outposts for logistics, intelligence-gathering, and fighter planes, among others, to better counter the terrorist threat from al-Qaeda in the Islamic Maghreb and other affiliated groups operating in the region.

Certainly, the jury is still out on France’s newfound security presence in Africa, but given both real successes in Mali and disturbing trends elsewhere (more on that below), it’s generally a good sign that someone is paying attention to this volatile region – and thinking strategically about how to best use resources there.

While the Obama Administration has supported French efforts in both Mali and the Central African Republic – and pledged to deepen civilian and military cooperation with shared allies like Morocco in order to better fight terrorism – the Maghreb and the Sahel are not as much of a priority for the US as they should be.

Moreover, France is committed to bringing the US along: Le Drian discussed the initiative with US officials, including Defense Secretary Chuck Hagel and National Security Adviser Susan Rice, during a trip to Washington late last week (Le Drian also shared his perspectives on security in Africa with the policy community during an event at Center for Strategic and International Studies).

As Le Drian argued, “We need [the US] in support: military, political and technical. I don’t think we want Americans to lose interest in this very sensitive zone. It’s important that the United States realizes that an array of threats is not just for Africa and for Europe.”

And those threats abound. In other security news from the region:

Despite these serious challenges, it appears that there is real hope of increased US cooperation in combating terrorism in the region.

The announcement by Le Drian and Hagel following their meeting that France and the US will create a high-level dialogue on common initiatives in Africa is a step in the right direction.