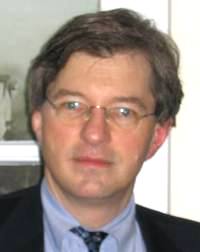 Fatima Zahra Mansouri, the 38-year old mayor of Marrakech, and Souad Mekhennet, a 35-year old journalist, have been honored by the prestigious World Economic Forum to be selected among the organization’s 214 Young Global Leaders (YGLs) in 2014, coming from 66 different countries. More than half of those chosen this year, 109, are women, and 18 are from the Middle East and North Africa region.

This year’s set of Young Global Leaders “comes from many walks of life, spanning government, business, civil society and the arts,” said David Aikman, Managing Director, World Economic Forum.  “They represent the changing face of leadership, which gives me hope for our world: global citizens, entrepreneurial and engaged, and at ease traversing cultures and sectors, using their experience and talents for the greater public good.

“These people – all under the age of 40 – grew up with digital connectivity. Most have lived, studied or worked in multiple countries, and see themselves as global citizens,” said Aikman. “What connects them is their reach, demonstrating that domain leadership in today’s world can come from anywhere.”

Fatima Zahra Mansouri certainly fits that bill. A French-trained lawyer, she currently is mayor of Morocco’s third biggest city, with more than a million people in the metropolitan area. She was elected in 2009, at age 33, as Marrakech’s first woman mayor and only the second in Morocco’s history.

“People were surprised to see a young woman like me elected,” she told TIME Magazine last year. “I realized people were hungry for change.” She won over voters by going to their neighborhoods and asking them about their concerns. “I still go into the neighborhoods and meet people.”

In the same TIME interview, she noted Morocco’s continuing political stability through the turmoil in the region in recent years and gave King Mohammed VI credit.

“The Moroccan government did something extremely intelligent at the beginning of the Arab Spring,” she said, noting that the King spoke to the people and proposed a new Constitution, which enshrined broader political openness and rights and brought a new government come into power with elections for Parliament.

For Souad Mekhennet, an accomplished journalist of Turkish-Moroccan descent born in Germany, she has worked to lift the veil on Muslim culture and also chronicled the war on terrorism and radical Islam, reporting for the Washington Post, New York Times, Newsweek, the Daily Beast, and German ZDF TV.

As a Nieman Fellow at Harvard University in 2012, she researched the “long-term strategies of terrorist organizations since the Arab Spring.”

“Throughout my career, I have heard preachers from all sides ranting about the ‘clash of cultures’,” Mekhennet wrote in a column for the  World Economic Forum.

“At the same time, for all the supposed clashes, I have seen many more examples of people from various religious backgrounds living together peacefully. I have very often found that women play a crucial role in this.”

She says that “Leadership, no matter if in journalism, politics or business, requires the courage to step back, look at the broader picture, and not listen to just one side.”

The World Economic Forum, an independent international organization, is widely known for its Annual Meeting of world leaders in Davos, Switzerland.  Every year, it also reviews thousands of nominations to choose the most accomplished and inspiring young leaders for its annual selection of Young Global Leaders.

Garth D. Neuffer is Director–Press at the Moroccan American Center for Policy.