Change is happening, and it’s happening in a transparent way. * 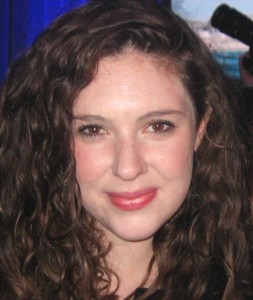 In no uncertain terms, this is “a big deal.”

The draft law, now in Parliament, follows a report released last year by CNDH and welcomed by King Mohammed VI that recommended narrowing the jurisdiction of military tribunals, to align the Moroccan justice system with international standards as well as its own Constitution, and to better protect civilians’ human rights. It’s the second example in the past six months of human rights legislation resulting from a CNDH report: in September, the country adopted a new migration policy that is regularizing up to 40,000 illegal migrants in the country, to ensure that they have access to healthcare, education, and other basic rights. That policy came after a CNDH report on the needs of migrants from sub-Saharan Africa trying to reach Europe by way of Morocco.

The lesson here is two-fold. First, Morocco’s internal human rights mechanisms are working. Change is happening, and it’s happening in a transparent way. CNDH reports are freely available to the public and reported on by Moroccan media. The organization—enshrined in Morocco’s 2011 Constitution—stands as an independent human rights watchdog, and its reports—in their candor and their ready availability—are proof of that.  Moreover, CNDH is not a “one trick pony” blasting out reports. Though it is headquartered in Rabat, the organization runs offices in every Moroccan province—including the South—that field and refer complaints of rights violations on the ground.

In a statement made to Moroccan Arab Press (MAP) earlier this week, a State Department official noted, “We have also remarked on the growing role of the National Council on Human Rights as a credible and proactive defender of human rights and are encouraged by the Council of Government’s decision to strengthen the CNDH by ensuring that government agencies address complaints directed to it.”

The official said that “the United States welcomes the Moroccan government’s initiative to reform the Military Code of Justice and to exempt civilians from trial by military tribunals,” and noted, “Both of these measures are important steps forward in strengthening the protection of human rights in Morocco and in realizing the promise of the 2011 Constitution.”

This brings me to my second point: the “promise of the 2011 Constitution” is, indeed, still being realized. Real reform is a slow process. That is the case in Morocco as it is in Europe as it is in the United States (consider the long fight for civil rights, for instance). As Ziba Mir-Hosseini, a research associate specializing in women and Islamic law at the Centre for Islamic and Middle Eastern Law at the University of London, explained to a New York Times reporter in a story on women’s rights in Morocco, “Studies show that it takes about one generation or 30 years for legislation to push society in a different direction.”

All that is to say, the proof of this particular pudding (reform in Morocco) is now in Parliament, as it should be in a democratic process.

Jordana Merran is Director of Media at the Moroccan American Center.