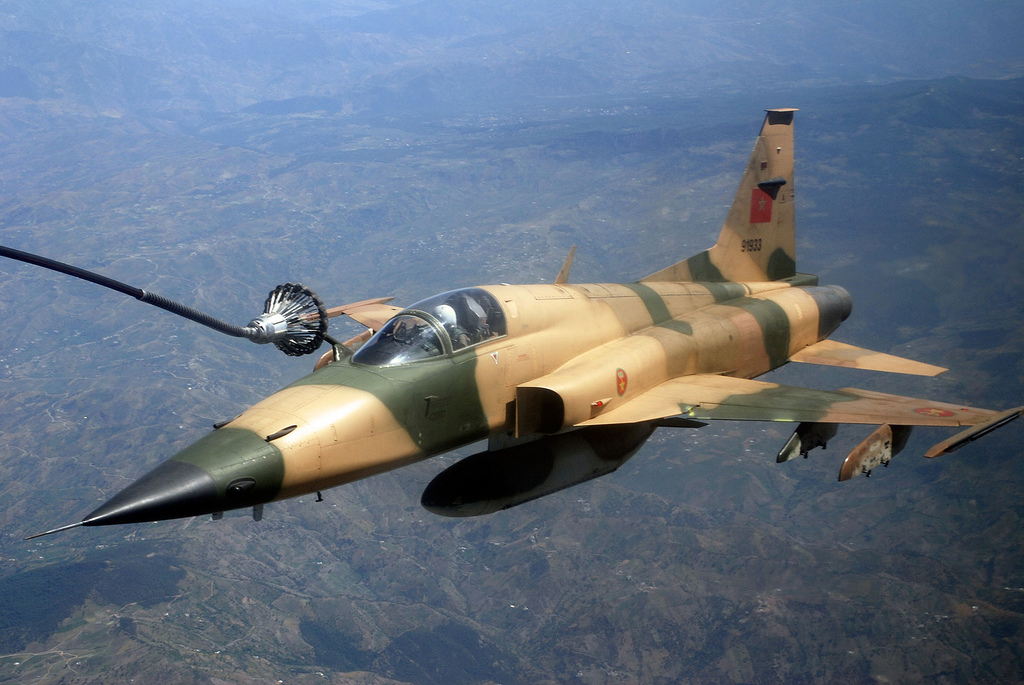 Stratfor Global Intelligence (August 12, 2014) —The Moroccan air force has experienced many changes since its founding, but lately Rabat has seen the air force more and more as a solution to many of the country’s defense problems. While the army remains the primary service branch of the Moroccan armed forces, the government’s growing investment and the expanding role of the air force reflect a gain in prominence.

Morocco is keen to build a flexible air force capable of supporting its other forces whether they are deep in the Atlantic, high in the Atlas Mountains or in an isolated outpost in the inhospitable Sahara Desert. With Rabat’s growing ability to purchase advanced precision-guided munitions, the Moroccan air force increasingly can be depended on to fulfill these tasks.

Given Morocco’s almost complete lack of surface-to-air defenses, its air force is also charged with defending Moroccan airspace. Thus, Morocco’s air force is one of the few in Africa that have deemed it necessary to invest in developing an aerial refueling capability to better project power across its territory. Moreover, Morocco is unique in Africa in the emphasis it has placed on acquiring considerable surveillance and electronic warfare capabilities, ranging from unmanned aerial vehicle platforms to traditional transport aircraft configured with electronic surveillance and intelligence gear.