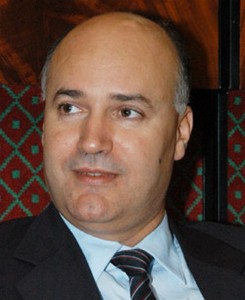 Through its Ministry of Moroccans Residing Abroad and Migration Affairs, the Moroccan government is considering ways to support the millions of Moroccan citizens living overseas. Magharebia reports:

Integration into Western societies is no longer a problem for Moroccans living abroad (MREs), according to Migration Minister Anis Birou. The focus now is on strengthening their ties to the kingdom.

Speaking August 10th in Rabat at an event marking National Migrant Day, the minister noted the “services this generation of immigrants has rendered to Morocco.”

“We have decided to pay tribute to the first generation of Moroccan citizens living abroad, who have endured the hardships of alienation and have overcome the linguistic, cultural, and natural barriers,” MoroccoWorldNews quoted Birou as saying.

The government is making great efforts to address the demands of Moroccans living abroad, the minister said.