Aujourd’hui: Le Maroc takes a look at the accomplishments of Morocco’s National Initiative for Human Development (INDH) in creating programs for economic development and opportunity (Article in French):

The National Initiative for Human Development (INDH) has successfully created numerous activities to generate income, in particular in agriculture, commerce, and small industries and services. Since its launch in 2005, INDH has paved the way for more than 6,525 projects to generate revenue, with a total investment of 1.94 billion dirhams. The share of INDH activities that benefit the poor population has reached 1.22 billion dirhams. 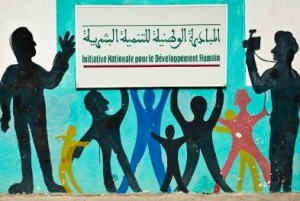 By sector, the INDH has successfully created income-generating activities, including 3,694 agriculture projects, 1,171 small industry and services projects, and 912 artisan projects.  Ever since his accession to the throne 15 years ago, King Mohammed VI has made human development a priority. Nine years ago, he launched the INDH and called it a “royal project,  always open.”

In a speech on May 18, 2005 the King added that it “is not a question of a shift or challenge to our priority list. IT is more about a tangible commitment of our engagement, because at every occasion, we never stop committing to the priority of human capital, strengthening the competitiveness of the national economy, the promotion of investment, the private initiative, and exports, under the different sectorial policies…[Full Article in French]