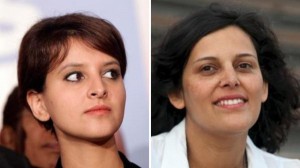 Myriam El-Khomri was appointed minister of urban affairs, youth and sports while Najat Vallaud-Belkacem, who was minister of women’s rights in the resigned cabinet, was given the education portfolio.

Belkacem, who was born in 1977 in Bni Chiker in north Morocco, is the first woman to be assigned the ministerial post of education in France…[Full Story]