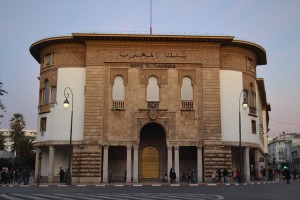 The key drivers of the decision to change the outlook to stable are as follows:
1) The implementation of the government’s energy subsidy reform, which improves the structure of fiscal and external accounts;
2) The government’s industrial policy agenda, which promotes higher value-added export industries, particularly in the offshoring, automotive and aerospace industries, and is funded by significant foreign direct investment (FDI).

The first driver of Moody’s decision to change the outlook on Morocco’s government bond rating to stable from negative is the implementation of the government’s energy subsidy reform. This reform is facilitating structural adjustments to the fiscal and external accounts and helping to reduce the large twin deficits that the government accumulated in the aftermath of the Arab Spring. The formation of these deficits was the key driver for the negative outlook assignment in February 2013…[Full Story]