CPI Financial‘s Blog reports on further details of Morocco’s progress towards a solid regulatory framework for Islamic Banking. The Economic, Social and Environmental Council (CESE) has provided recommendations for these recommendations, which will most likely shape and improve the final formulation of the industry: 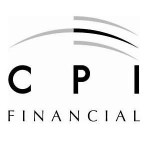 The Council, which was asked to weigh in on the draft by Mohamed Cheikh Biadillah, President of the Chamber of Councillors, proposed two changes. The first related related to a lack of consumer information necessary to avoid unfair marketing by Islamic banks while the second dealt with the need to clarify the roles of the National Council of Ulema—a body of Islamic scholars—and the Central Bank in the oversight of the sector.

According to Eastern Regional Council of Ulema Chairman and CESE member Mustapha Benhamze, the establishment of Islamic banks in Morocco was a necessity.

However, civil society activist and fellow CESE member Hakima Naji opposed the intervention of the High Council of Ulema in the financial sector. She criticised the idea of religious management of finance and said that the central bank had the necessary ability to both traditional and Islamic banks…[Full Story]