Olive Oil Times reports on Morocco’s impressive and growing olive exports, and how the country might become one of the world’s big names in olive oil as well: 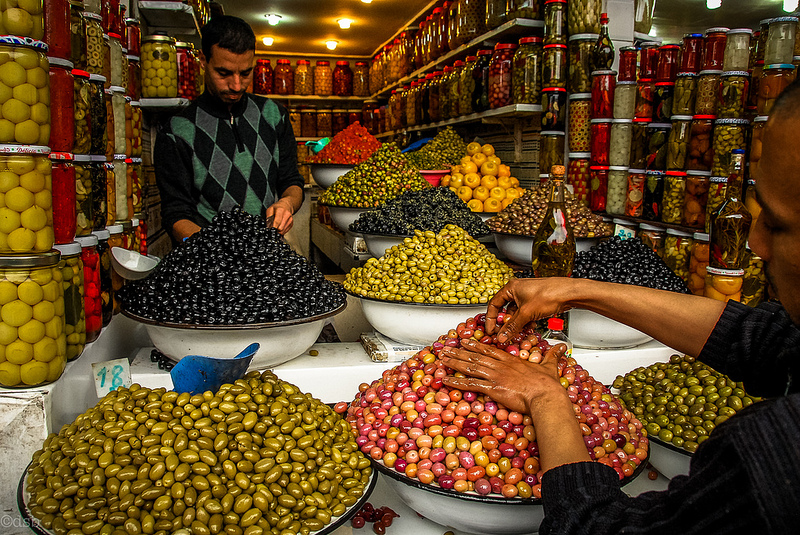 Spain, Italy and Greece are the three big names you might think of when it comes to olive oil. But Argentina? If ambitions of the governments of Morocco and Argentina are realized, the big names in “Liquid Gold” just might have some fresh faces.

Morocco, which is already the second-largest exporter of table olives after Greece, hopes to double its total production in 2020 to 2.5 million metric tons, according to La Semana Vitivinícola. That represents a doubling of the current figure, which accounts for 5 percent of the North African country’s agricultural GDP.

Located south of Spain across the Strait of Gibraltar, about 45 percent of Morocco’s working population is employed in agriculture…[Full Story]