Bloomberg reports on the strong performance of Morocco’s bond yields in 2014. Bloomberg’s sources credit political stability and an economy that is increasingly showing signs of being able to produce high value-added products, as causes for increased secondary market activity and the overall amount of outstanding issuance of Moroccan Sovereign notes: 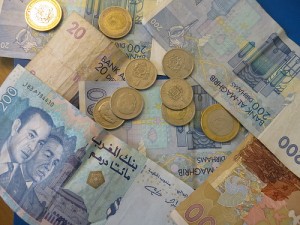 Moroccan bond yields are tumbling to records as an increase in issuance boosts liquidity amid a stable political backdrop, according to Standard Chartered Plc.

The yield on the North African nation’s 1 billion euros ($1.3 billion) of 4.5 percent notes due October 2020 is down 154 basis points this year to 2.72 percent as of 1:51 p.m. in the capital Rabat, one basis point away from yesterday’s record low, according to data compiled by Bloomberg. That represents a 241 basis-point spread over the yield on similar-maturity German bunds, the euro-region’s benchmark government securities, a record low.