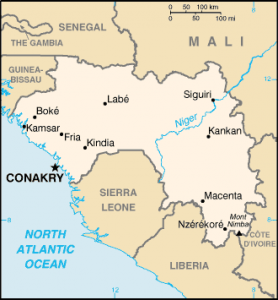 Morocco and Guinea on Tuesday signed in Casablanca, three partnership agreements in the fields of agriculture and liquid sanitation, on the sidelines of the first Moroccan-Guinean Economic Forum which began Wednesday morning in the Moroccan economic capital. This twinning agreement, jointly signed by the Minister of Agriculture and Maritime Fisheries, Aziz Akhannouch, and his Guinean counterpart, Jacqueline Martha Sultan bears on the establishment of a partnership between the Horticultural Complex of Agadir and the Horticultural Promotion Centre of Dalaba, in view of developing Guinea’s horticultural sector, based on the valuation of its horticultural potential.

This 5-year cooperation agreement consists of implementing a development program of family, market, urban and peri-urban horticulture, identifying the best varieties of vegetable and fruit species suitable to the agro-ecological conditions and building capacities of managers working in the field of horticulture for its intensification and development.

The second agreement was signed by the CEO of Invest Anwar’s, a Moroccan firm that operates in the field of food and housing, and Guinea’s Minister of Industry, SMEs and private sector promotion, Fatoumata Binta Diallo. With an investment of 160 million dollars, this agreement bears on the fields of livestock, real estate, flour mill and canned fish…[Full Story]