Maghreb Arab Press reports on the latest effort by Morocco to spread moderate Islam through Imam training. Morocco is already has religious training agreements with Mali, Tunisia, and Libya, and has announced the construction of a new training facility in Rabat to train religious leaders from all over Africa: 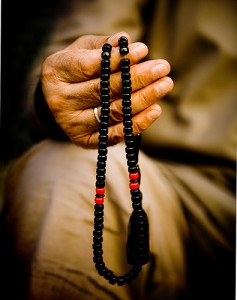 A draft agreement to train 500 Guinean imams (religious leaders) in Morocco was signed on Wednesday in Rabat, in the presence of Guinea’s PM Mohamed Said Fofana.

Signed by minister of endowments and Islamic Affairs Ahmed Toufiq and secretary general of Guinea’s religious affairs ministry Hadj Abdellah Jassi, the agreement touches on the training, in the first place, of 100 imams currently working in the different Guinean mosques, divided into three groups. each group will benefit form a three-month training.

The agreement will also benefit 400 imams divided into 4 groups. Every group will benefit from a basic training spanning two years.

In a press statement, Toufiq said that the signing of this agreement is an implementation of the instructions by HM King Mohammed VI, Commander of the Faithful, to respond positively to the request of Guinea to train its imams in the Kingdom…[Full Story]