Morocco is the recipient of another big FDI project, this time involving Swiss firm Eléphant Vert: 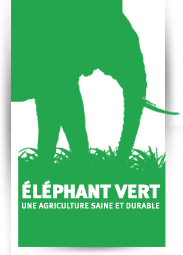 “Eléphant Vert”, leading Swiss bio-fertilizer company, gained a foothold in Morocco where it is in the process of setting up three production units in Meknes, Agadir and Berkane for an amount of 65 million euros.

This project, which will provide 500 jobs by 2017, seeks to make the country a hub to export three-quarters of its production to Europe and African, the company said. The Moroccan subsidiary, in partnership with Swiss Antenna Technologies foundation, has already inaugurated a site in Meknes which is being extended.

This unit absorbed direct investments worth 25 million euros to which another 20 millions will be added in the coming years. For the sites of Agadir and Berkane, the company intends to ship in 7 million euros for each project at first.   This experience is meant to turn the Meknes region into a showcase for industrial innovation, research and development, said the group managing director Sébastien Couasnet…[Original Story, subscription required]