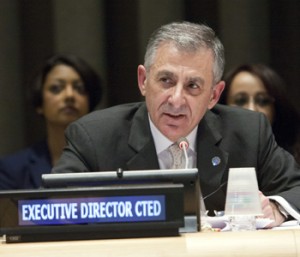 Morocco has developed a strategy to prevent the abuse of religion to justify and incite terrorist violence and is now sharing it with the world.

These measures were introduced in response to the 2003 terrorist bombings in Casablanca.

An institute has been established in the Kingdom where religious teachers undergo mandatory training before they start preaching in public.

Cristina Silveiro began by asking Mr Laborde about the briefing taking place at the UN regarding Morocco’s counter-terrorism approach.