Morocco Pushes Ahead on Human Rights despite Obstacles 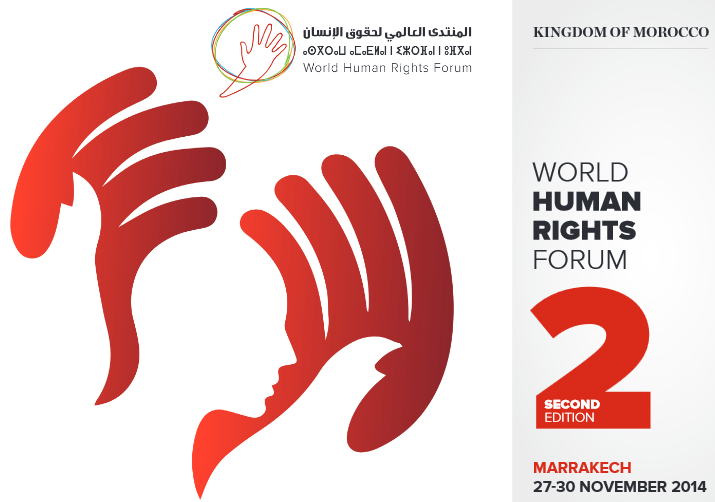 While there may be some who question if there is sufficient energy behind Morocco’s human rights agenda, there is ample evidence that King Mohammed VI has an impressive vision to ensure that human rights protections are robust in Morocco. Amid a great deal of fanfare and activity, Morocco hosted the second World Forum on Human Rights this past week. According to organizers, more than 7,000 people from close to 100 countries participated in the three-day event in workshops, panels, dialogues, presentations, and speeches from several of the world’s leading advocates of human rights.

In his speech to the Forum, delivered by Justice and Liberties Minister Mustapha Ramid, King Mohammed began by acknowledging that “major changes and global challenges underscore the need for holistic, well thought-out and concerted responses.” Conscious of Morocco’s own leadership role in the fields of transitional justice, women’s empowerment, and protection of migrants, he reminded the audience that no nation is insulated from these issues, as they are part of a global transformation.

“Profound changes are affecting the international human rights order. By embracing universal human rights values, the countries of the South, civil society and national human rights institutions play an active role in the process of setting up regional and international instruments for the protection and promotion of human rights.” He noted that the pace of change and increased challenges provide “a unique opportunity for debate and exchange of views on new human rights issues,” which include the rights of the elderly, coping with the impact of the digital age and corporations, empowering the poor, and dealing with the volatile issue of the “enforceability of economic and social rights.”

It is not commonly known that along with the UN Declaration of Human Rights, there is a companion declaration of economic and social rights, which is only now, after more than five decades, rising on the global agenda.

The King referred to negative forces that are dragging down progress, “reclusiveness, intolerance, rejection of others because of ethnic considerations or a distorted understanding of the lofty message of religion are leading to blatant violations of fundamental rights, including the sacred right to life.” Despite his concern that each country has cultural and societal characteristics that affect the form of human rights concerns, “The universal character of human rights must not be questioned. Rather than being the product of a single school of thought or doctrine, universality should, in its very essence, be the result of a progressive, dynamic process whereby values are embraced at individual and collective levels.” Perhaps reflecting on his experience in Morocco when confronted with extremism from the right and left, he said that “[i]n this process, national and cultural traditions should be allowed to find their rightful place around a set of immutable values, not in opposition to it or next to it. Indeed, universal values acquire greater legitimacy when they represent and protect human diversity, and when all peoples and cultures contribute to shaping them, ultimately considering them as their own.”

He made mention of the fact that Africa, in particular, was not well represented in the early definitions of human rights covenants due to its relatively recent entry into global debates. “Since it did not have the opportunity to contribute to developing the international human rights law, Africa should be given the opportunity to enrich it with its own culture, history and genius, thus increasing the continent’s chances to fully embrace it.”

Importantly, the King reminded the participants that “Universal values are common to us all, but the pathways we take are not.” He made it clear that Africa is “fully committed to human rights” and “wants to make a contribution to devising standards that are truly universal.” These are encouraging words in the face of extremism, terrorism, ethnic cleansing, and ethnic rivalries spread across the continent.

The King expanded on three concerns he encouraged the World Forum to address: gender equality, the emerging debate on Sustainable Development Goals, and the issues of international migration and asylum seekers.

Regarding gender equality, current Moroccan efforts include legislation to broaden the definition of domestic violence, follow-up on the constitutional mandate to set up an anti-discrimination commission, gender budgeting – a novel concept that seeks to measure the scope of spending on women — and protection for domestic workers.

The King lauded ongoing efforts to expand the scope of the Millennium Development Goals when the newly drafted Sustainable Development Goals are announced in September 2015, in particular, inserting human rights concerns into the debate.

Reflecting on Morocco’s experiences with a range of migration issues, the King spoke of the more that 240 million international migrants whose futures are “being debated around the world today and which involves governments, civil society and the international community.” His concern is quite broad, both in terms of the overall growth and the increasing numbers of girls and women being displaced, trafficked, and subjected to intolerable hostility.

While reminding the participants of the devastating conditions afflicting many migrants, the King said “It should be pointed out that the Convention on the Protection of the Rights of All Migrant Workers and Members of Their Families – which is the main human rights instrument in this area – has, until this day, been signed and ratified only by countries of the South.” Morocco’s almost year-long effort to regularize migrants in the country has overcome serious technical obstacles and hopes to meet its targets shortly.

To complete his assessment, the King pointed to “quite a decent record [in Morocco] covering such vital areas as transitional justice, women’s rights, human development, the rehabilitation of the Amazigh culture as a key component of the Moroccan identity, the consolidation of national human rights institutions and the governance of the religious domain on the basis of the tolerant principles and teachings of Islam.” He also referred to “other ongoing projects with a significant impact on the protection of human rights in such areas as justice, the press, civil society, local governance and the protection of vulnerable groups,” all reflecting commitments made by the government and the people of Morocco in ratifying the 2011 Constitution.

According to press reports, Morocco has signaled its intention to set up a National Preventive Mechanism, which will make it only one of 30 countries to have a fully operative mechanism against cruelty and torture. Among other issues being addressed are the death penalty and protection of children’s rights domestically, and joining an international effort opposing child soldiers, the sale of children, child prostitution, and child pornography.

It is quite stunning to consider that while Morocco is facing its human rights issues at home, from protecting migrants to children’s rights, and broadening the decentralization of authority to local officials, it continues to champion human rights internationally. As the King concluded, the goal is “a world which treats the most vulnerable and poorest segments of society more fairly and equitably, and which is committed to promoting brotherly relations between all human beings.”

Hosting the World Forum on Human Rights shined a bright light on Morocco’s record and its aspirations; and its openness to discuss its reforms will only serve to strengthen its resolve.