During his visit to Morocco this week, King Abdullah of Jordan reaffirmed support for Morocco’s autonomy plan as a basis for negotiations to resolve the Western Sahara dispute: 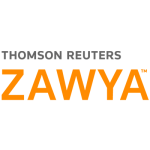 His Majesty King Abdullah on Wednesday held talks with King Mohammed VI in Casablanca which focused on fostering the “deeply-rooted and brotherly” Jordanian-Moroccan ties, and addressed ways to activate cooperation in various fields.

Talks also addressed developments at regional and international levels, according to a Royal Court statement.

At the conclusion of the meeting, the two sides issued a joint communiqué that outlined steps to be taken to increase cooperation.

The communiqué said King Abdullah’s visit to Morocco came upon an invitation from the Moroccan monarch as part of their commitment to strengthening relations and continuing with their ongoing consultations and coordination, adding that the talks were based on this mutual understanding.

In this context, the two leaders directed their respective governments to prepare cooperation programs to be endorsed during the Joint Higher Committee’s fifth session meetings that are scheduled to be held in Morocco this year.