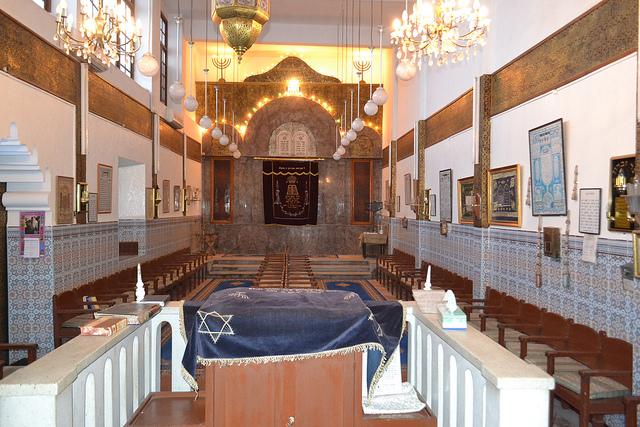 Bima of the Lezama Synagogue in Marrakech’s Mellah. Photo by Alan Cordova.

JNS.org reported on Thursday that, “Morocco plans to rehabilitate the ancient Jewish quarter of Marrakech in an effort to boost tourism to the city.

“Morocco World News, citing the Moroccan French-language newspaper L’Economiste, reported that the conservation plan is part of a jointly financed project by the country’s Housing Ministry and city of Marrakech. The project will cost around $20 million as part of larger $32 million rehabilitation of Marrakech’s old city.

“The project in the ancient Jewish quarter—which is known as the “Mellah” and was built in the 16th century by Jews escaping the Spanish Inquisition—will include plans to safeguard houses that are threatened with collapse, the rehabilitation of homes, and some demolition of properties.” [full story]