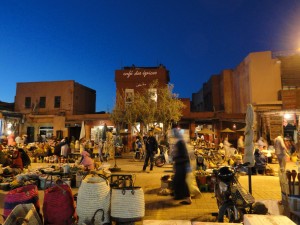 Writing for GQ Magazine, Warren Jackson writes up the makings of a luxurious weekend away in Marrakech:

After its independence from France in 1956, Morocco, and specifically the fourth largest of the historical Berber Empire’s Imperial Cities, Marrakech, took off as a hippie mecca for artists (Andy Warhol), Hollywood starlets (Rita Hayworth), film directors (Alfred Hitchcock shot scenes for The Man Who Knew Too Much here) and the musical jet-set with The Beatles and the Rolling Stones enjoying rest and hazy “relaxation” in the maze-like alleys of this medieval medina.

And now in the 21st century, Maroc is on a roll and the city is riding a renaissance as a destination for the in-crowd. [fully story]