Today marks the 16th Anniversary of King Mohammed VI’s accession to the throne. As we have done in the past, here we take a look at some of Morocco’s economic and social indicators over the past 16 years. (Note that all chart data is sourced from the World Bank.)

Morocco’s economy has grown tremendously over the past 16 years, with GDP and GNI per capita up by 115 percent and 116 percent respectively from 1999 to 2014. Moroccans are thus both producing more and earning more. Most importantly, it has greatly increased its volume of value-added exports – those based on commodities that have been processed into a higher value product – think tomato paste rather than tomatoes; orange juice concentrate from oranges; and fertilizer made from phosphates. 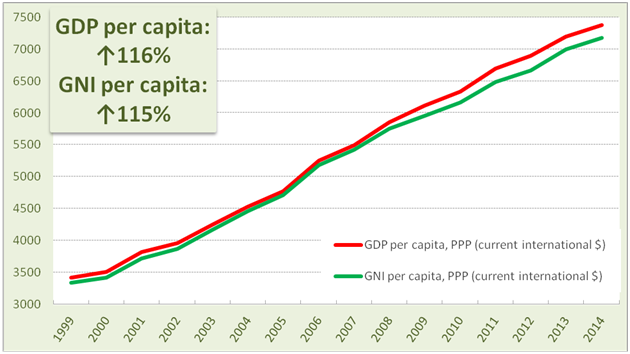 What are the trends behind this growth? The numbers are up in nearly every area of the economy. From 1999 to 2014:

Morocco has worked to build these value-added sectors by attracting more foreign investment. Reforms and initiatives have continuously improved the business environment, and Morocco actively promotes specific high-growth sectors by creating ecosystems to support them. The Tangier Free Zone, for example, was created to attract manufactured goods production, mainly in automotive and aeronautics. It now hosts the largest automotive plant in Africa, operated by Renault-Nissan. Bombardier recently built an aircraft manufacturing plant in a similar space outside of Casablanca. These create a market for skilled labor as well as value chains to support these industries. 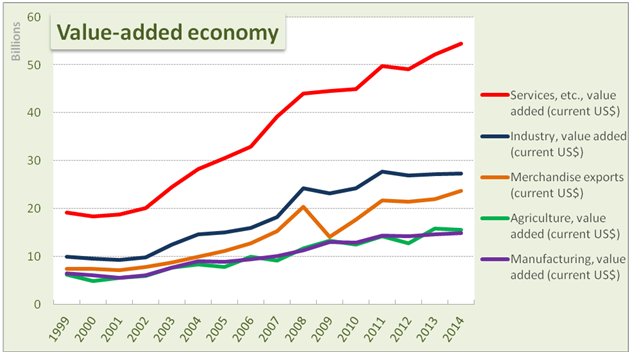 One sector that Morocco has particularly targeted is renewable energy – for both environmental and economic reasons. Morocco relies on massive amounts of energy imports at great cost – currently around $3bn per year. To reduce this burden, Morocco plans to make domestic renewable energy production account for 42 percent of its energy needs by the year 2020, with solar, wind, and hydro each comprising 14 percent. 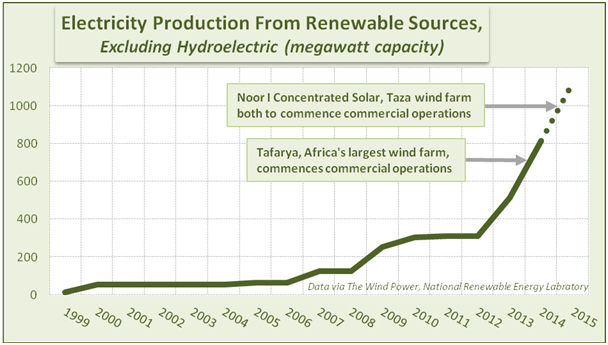 Finally, increased tourism, which is up by 163 percent, has also helped economic growth, as tourism accounts for around 8 percent of Morocco’s GDP. This increase has only been possible because of stability in the country made possible by its commitment to both reform and countering violent extremism through hard and soft measures. 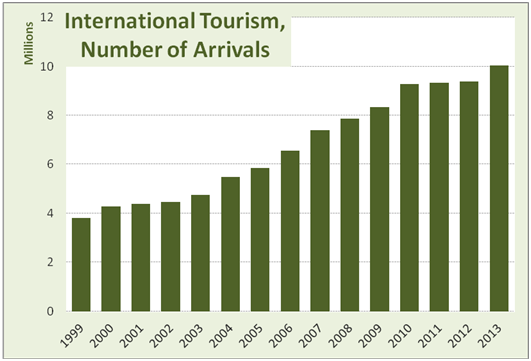 Turning to social development, Morocco has prioritized education, specifically girls’ education, as a catalyst for gender equality and further economic growth. As a result, the gender gap has been greatly reduced. 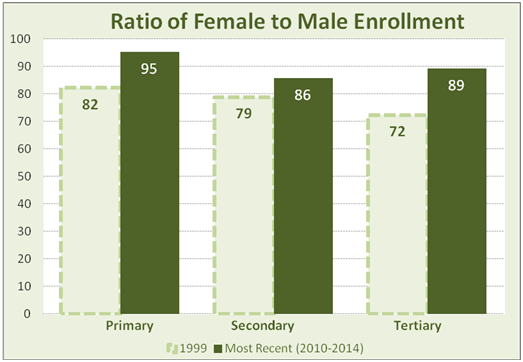 Morocco has also prioritized infrastructure development to improve quality of life for its citizens and to create conditions for foreign direct investment and economic growth. From ports, roads, and railways, to telecommunications and internet, the country is increasingly connected in more ways than one. Not only has Morocco reached 100 percent electrification, but internet and mobile subscription rates are also up, making Morocco one of the most connected countries in the region. 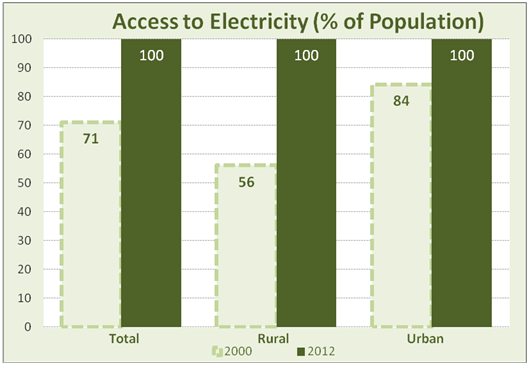 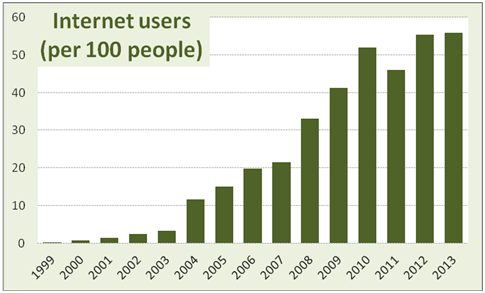 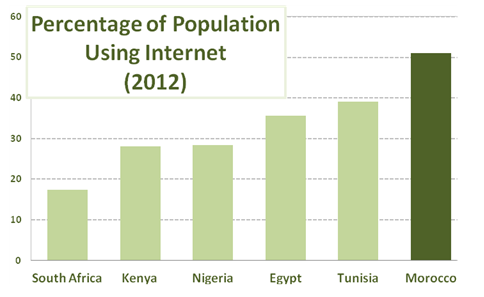 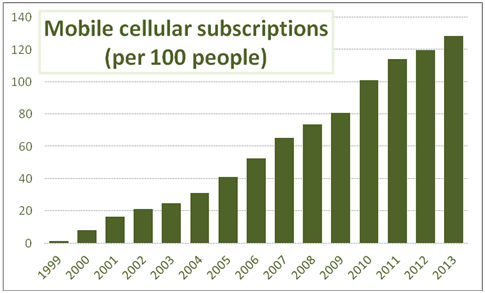 This broad-based commitment and results in economic and social development are another indicator of the King’s serious commitment to the country’s growth and prosperity. American companies will find a willing and engaging partner in the private sector, strongly supported by government policies that make Morocco a great place to do business.