Projects in Renewables, E-learning, and Water Management Will Encourage Growth 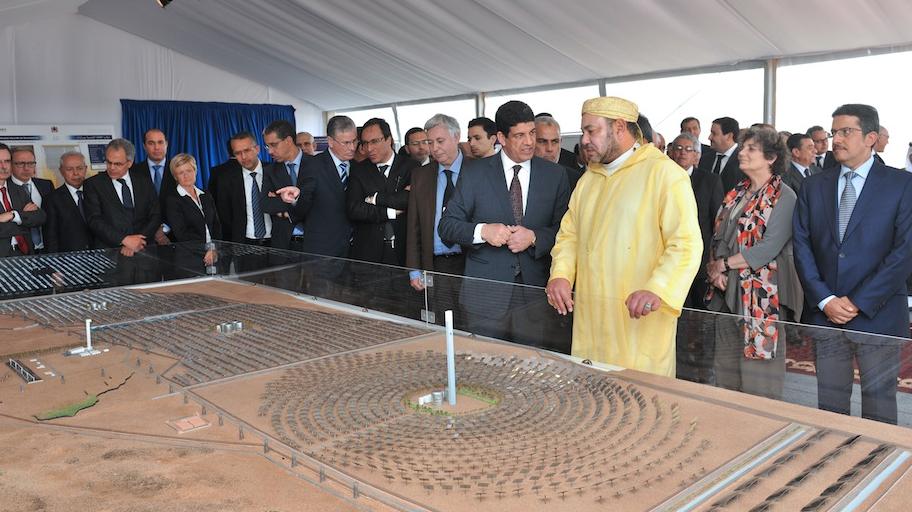 Morocco’s hard work to manage its economic future despite continuing bad news in the global economy continues to pay off with recognition and opportunities coming from several directions.

According to a recent article in seenews.com, Morocco continues to raise its profile and ranking among all countries investing in renewable energies. The article is based on the latest Ernst & Young (E&Y) Renewable Energy Country Attractiveness Index, its quarterly report on what countries are doing to enhance their efforts in this sector. Morocco continues to lead MENA countries because of its investments in solar, wind, and hydro power projects.

The article reports that Morocco, Egypt, Israel and Saudi Arabia are the only MENA countries in the index at this point, and Israel went down a notch in the ranking. “Given the hot and sunny climate, it is no surprise that the region is most attractive for concentrated solar power (CSP).

“Morocco is the most attractive green energy market in MENA, according to E&Y. Several large-scale solar photovoltaic (PV) and CSP projects have already entered the construction phase, and there are more solar tenders coming. Also, just a few days ago, it was announced that Morocco will launch very soon a tender for the build-up of 850 MW in wind power capacity.”

It is this continuing commitment to provide 42 percent of its power needs from renewable energy by 2020 that has attracted attention from international investors. The four agencies that lead Morocco’s efforts, ONEE – hydro and wind power, MASEN – solar, ONHYM – hydrocarbons, and ADEREE – energy efficiency, will attend the US-Morocco Trade and Investment Forum in Atlanta on October 13.

In a tech-related announcement from Quantis subsidiary Nortis, which provides specialized applications of satellite communications, a hub is being created to expand broadband coverage to more Moroccan schools.

As described in the release, “One upcoming project will see Nortis deliver its service to 4,000 schools. Nortis has been awarded this contract by the Morocco Ministry of Education as part of the GENIE project. The service will provide Internet access for students, while teachers will be able to benefit from courses through distance learning.”

The Genie project is Morocco’s strategy for integrating ICT into public schools to improve the quality of teaching. Launched by King Mohammed VI in 2005, the project has three complementary components: IT and computer equipment in schools, training for teachers and administrators, and curriculum development.

Another significant challenge faced by Morocco and its neighbors is water management. Recent news reports indicate numerous issues, particularly in Africa, that are a consequence of climate change and human activity. Among the most vexing is how to improve the supply of water and provide adequate sanitation. Morocco and Senegal recently signed an agreement to exchange “best practices” and explore opportunities for better outcomes.

According to Senegalese Minister of Water and Sanitation Mansour Faye, “Water management is becoming increasingly challenging not only because of the precious liquid’s growing scarcity but also due the degradation of its quality from such phenomena as salting. To address these challenges, our countries have no option but to exchange their experiences in a bid to strengthen water supply for our people. Morocco has made significant advances in the field of water management.”

The agreement deals with desalting land as well as the desalination of seawater. The initial projects will focus on hydraulic issues related to groundwater seepage and saline pollution and setting up treatment plants to improve water quality in urban areas.

Ms. Charafat Afailal, the Moroccan Minister of Water, said “The agreement was timely and will give new impetus to cooperation between Dakar and Rabat especially in the technical area. We are pleased to sign this MoU which lays emphasis on the exchange and sharing of experiences and reinforcement of skills of the human resources in the field of hydraulics and sewerage.”

As it continues to broaden the applications of technology to economic development priorities and shares its knowledge regionally, Morocco sets an example for what can be done despite limited resources to promote growth and achieve results.

[…] Morocco On The Move – Latest Tech News from Morocco … – Sep 17, 2015  · Morocco’s hard work to manage its economic future despite continuing bad news in the global economy continues to pay off with recognition and … […]