A Wilson Center scholar dissects Morocco’s recent elections, and what they say about Morocco’s “emerging democracy”: 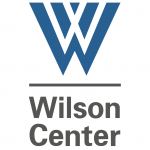 The latest elections in Morocco were ground-breaking because for the first time citizens were allowed to vote for local and regional representatives directly. On September 4, 2015, Moroccans elected 30,000 local council seats and 700 regional council seats out of 140,000 candidates from more than 30 parties. Voter turnout for the elections was 53.67 percent, up from approximately 45 percent in the 2011 elections.

These elections, an unprecedented move for the country, were part of a regionalization strategy that Morocco adopted in 2008 to give regions and municipalities more leeway in matters of political decision-making and management of funds.[i]

Three main parties topped the list of winners in the September elections.[ii]  With respect to the regional council seats, the Islamist Justice and Development Party (PJD), which has led the government since 2011, won 174 seats—more seats than any other party. The PJD fared well because of its focus on social justice and fighting corruption. The Authenticity and Modernity Party (PAM), which the monarchy established in 2008, came in second with 132 seats. The Istiqlal Party (PI), the oldest party in the country founded in 1944, took 119 seats and placed third. As for the local council elections, the PAM won 6,655 seats (21 percent), the PI won 5,106 seats (16 percent), and the PJD won 5,021 seats (15 percent)…[FULL STORY]