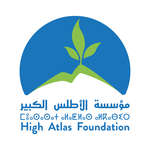 Moroccan fig trees are a part of Ahmed Hakam. Until he was nine years old, Ahmed never ventured outside of his birth village near the northern city of Ouezzane. He vividly remembers the local fig harvest, when, every year, he, his mother and scores of women and their children from nearby villages would gather to dry figs on palm shrub leaves. While women worked, children were socialized among fig plantations.

“As children, we spent a lot of time playing, eating, singing in fig trees,” said Ahmed.

This experience, he says, greatly affected his life path. As a Ministry of Agriculture and Maritime Fisheries official, he has spent the greater part of his 32 year-long career on rehabilitating and securing value-added processing for Moroccan crops. He places special emphasis on figs due to their rich biological heritage: here, farmers have been cultivating figs by breeding wild and domestic species for thousands of years, a practice that has allowed myriad types to evolve and thrive throughout the country. 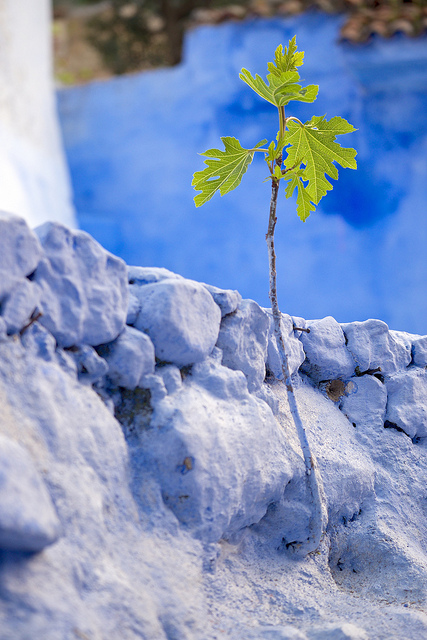 According to Yossef Ben-Meir, president of the Moroccan-American nonprofit High Atlas Foundation, however, this biodiversity is threatened by a lack of investment in community-managed tree nurseries, inefficient water use, and little value-accessed processing and sale. The Moroccan government indicates that farmers, unable to utilize value-added opportunities for figs, are relegating them to mountain slopes and other areas difficult to reach for transportation. More accessible land, meanwhile, is used for resource-intensive crops like wheat, apples and pears. In some areas of Morocco, over 50 percent of fig cultivars have therefore disappeared, and figs decay, unharvested, on the tree branch. Ancient fig cultivars are being destroyed.

This decline in production, however, has led to increased domestic demand: fresh fig prices, says Ahmed, are now higher than those per kilo for bananas and apples.

To access this market, Yossef says that farmers must first access the financial and knowledge-based resources to increase production and ensure consistent quality.

The Moroccan government has decided to invest in fig production in partnership with the High Atlas Foundation, which is already active in organic almond and walnut production. Together, these institutions plan to build a nursery near Ouezzane, due to the region’s tradition of fig production and the threats regional fig plantations face from the neglect that has already extinguished indigenous plum varieties.

The partnership will support 10 varieties of threatened local figs and distribute saplings for free to farmers. The involved institutions will train farmers in organic-certified production and value-added processing, and spark a farmer’s coop to share knowledge and explore additional value-added opportunities. The partnership will also create a scientific teaching garden featuring all regional varieties.

This pilot program aims to benefit 35,000 rural Moroccans by extending fig crops by 1,000 hectares. Through it, the Moroccan government and HAF will support the government’s goal of increasing national fig production by 126 percent within the next five years.

Knowledge is deeply needed at a fig plantation near Ouezzane, where farmers lose out on economic opportunities due to lack of infrastructure and knowledge. There, farmers dry only their second crop, making it more valuable, and must sell their first, early-summer crop fresh, as its high water content counters effective drying. Due to a lack of cold storage, to generate the most profit from this delicate crop, farmers must harvest early in the morning and arrange transportation for figs to local souks by the afternoon.

At the farmers’ plantation, Hakam points to a large tree surrounded by many offshoots. Farmers tell him that this tree produces 300 kilograms of fruit per year. With some pruning, he says, it could yield twice that amount.

When asked what the farming community would do with extra revenue from increased structural support and efficiency, farmer Fatima Khaima, who left school at age 15, emphasizes children’s education. There is a well-attended primary school a kilometer and a half away, she says. Past age 12, however, roughly 30 percent of children drop out because they do not have the money for $1.20 worth of travel and food at the secondary school, 9 kilometers away.

Another problem, says Fatima, is road quality. The fig plantation is surrounded by steep dirt roads that are washed away in the winter.

“[Increased revenue from figs] will help us for our future,” said Fatima.

One person already benefiting from fig crops is Jamal Belkadi, a farmer in the nearby village of Asjen. Jamal began his fig plantation in 2000 with two trees, and, through traditional grafting of tree branches, grew his crop to 170. Starting “without a single dirham a day,” he now makes a $4,000 profit every year to support his wife and two young daughters.

Jamal says these fig trees mean the world to him. They are also significant for his community, where he creates seasonal agricultural jobs and to which he has dedicated three trees’ worth of fruit annually.

“I feel happy,” said Jamal. “My love are these trees. I work with them. I sweat over them… People come and eat, and say, ‘God bless your parents.’ I’m better with God.”

Ida Sophie Winter is a student at the Missouri School of Journalism and project manager with the High Atlas Foundation. She spent 2014-2015 in Morocco as a Critical Languages and Boren scholar.