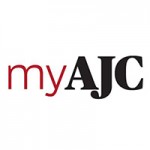 In 2014, Georgia exported more than $71 million worth of goods and services to Morocco – with the total U.S. figure at more than $2.1 billion. Since 2010, Georgia has been the seventh-largest U.S. exporter to Morocco, averaging more than $88 million in exports annually since 2010.

Georgia companies such as AGCO, Georgia-Pacific and Newell Rubbermaid have a presence in Morocco, through distribution channels that cover the entire country. Coca-Cola’s operations in the North African nation have, on their own, resulted in 70,000 related jobs…[FULL STORY]