How will it make a Difference? 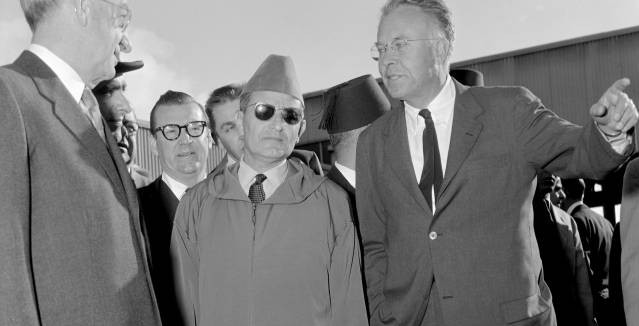 An article recently reprinted in The Forward brought into sharp contrast the perceptions of Jews among Arabs and Muslims. The story covered the recent award by Kivunim, the Institute for World Jewish Studies, of its first Reverend Martin Luther King Jr -Rabbi Abraham Herschel Award to Sultan (later King) Mohammed V of Morocco for his protection of Moroccan Jews during World War II.

While estimates of the number of Moroccan Jews at the time vary from 250,000 to 350,000, there is no disputing the fact that when faced with demands from the Vichy government of France, which then ruled Morocco, to impose severe restrictions on Jewish citizens, Mohammed V refused. In the Wikipedia section on Jews in Morocco, it is noted that “Sultan Mohammed V refused to apply these racist laws and, as a sign of defiance, insisted on inviting all the rabbis of Morocco to the 1941 throne celebrations. Jews’ reliance on the sultan’s protection against French persecution was a striking reversal of roles between Europeans and Muslims as Morocco’s Europeanized Jewish elite had perceived them.”

Furthermore, when Arab countries were agitating against the establishment of the State of Israel, Mohammed V decreed that no Moroccan Jews should be harmed as they had been part of Morocco’s long and rich history, one that was highlighted during the Kivunim event.

The earliest Jewish immigration to Morocco occurred more than 2,500 years ago and they integrated into the local Berber population, thus predating the Arab conquest of the 7th century. Jews continued to immigrate to Morocco over the centuries, with the largest number coming as a result of the expulsion of Jews and Muslims from Catholic Spain in 1492.

The perils of allowing a fractious relationship between Jews and Muslims were underscored in remarks on the occasion from Morocco’s current King Mohammed VI. In a statement read on his behalf  by royal counselor Andre Azoulay, he said, “Today, we need, more than ever, to ponder the lessons and relevance of this part of history in order to stand up more forcefully to the deadly aberrations of those who are hijacking our cultures, our faiths and our civilizations. We are living at a time and in a world in which the collective imagination of our societies is too often impaired, not to say poisoned, by regression and archaism. By capitalizing on the depth and resilience of the legacy left by my revered grandfather His Majesty Mohammed V, we can, together, set out to recover the lost expanses of reason and mutual respect which have vanished from many parts of the world.”

This is not the first time King Mohammed VI has emphasized the multicultural identity of Morocco and the need to preserve its vibrant legacy.  He insisted that it be included in the text of the 2011 Constitution, and he has supported projects promoting interreligious and intercultural tolerance and understanding in Europe and in the US. For example, in November 2015, there was an event in Washington, DC marking the completion of the “Houses of Life” project, which, under the King’s patronage, restored 167 Jewish cemeteries in Morocco despite the fact that less than 3,000 Jews now live in the country.

Serge Berdugo, President of the Council of Jewish Communities of Morocco, referred to the historical role of Mohammed V at the New York event. “Thanks to the strong decision of the sovereign, [the] Moroccan Jewish community was neither detained nor deported or murdered in concentration camps. All Moroccans, Jews or Muslims, enjoyed his full protection.”

At a time when issues in the Middle East and between Muslims and other communities seem intractable, there are counter-narratives, such as these Moroccan initiatives, that challenge the bleak assessments of pundits who insist that nothing can be done. Morocco and King Mohammed VI are clearly in the camp of hope, building programs of inclusion, tolerance, and collaboration that challenge the doom-and-gloom forecasts. The US should continue to support its friend Morocco in reversing the trends toward bigotry and exclusion that seem at times overwhelming in the region.