Morocco’s efforts to rehabilitate the oldest working library in the world: 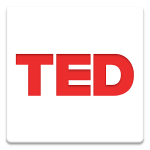 The ancient al-Qarawiyyin Library in Fez isn’t just the oldest library in Africa. Founded in 859, it’s the oldest working library in the world, holding ancient manuscripts that date as far back as 12 centuries. But modern life had taken a toll on the library, with its buildings falling into disrepair. That’s why in 2012, the Moroccan Ministry of Culture asked TED Fellow and architect Aziza Chaouni to rehabilitate the library so that it can reopen to the general public. She describes the challenges inherent in undertaking a daunting, historic project. (Spoiler alert: she was successful; the library reopens in May 2016!)

First, some history. The al-Qarawiyyin Library was created by a woman, challenging commonly held assumptions about the contribution of women in Muslim civilization. The al-Qarawiyyin, which includes a mosque, library, and university, was founded by Fatima El-Fihriya, the daughter of a rich immigrant from al-Qayrawan (Tunisia today). Well educated and devout, she vowed to spend her entire inheritance on building a mosque and knowledge center for her community. According to UNESCO, the result is the oldest operational educational institution in the world, with a high-profile role call of alumni. Mystic poet and philosopher Ibn Al-‘Arabi studied there in the 12th century, historian and economist Ibn Khaldun attended in the 14th century, while in medieval times, Al-Qarawiyyin played a leading role in the transfer of knowledge between Muslims and Europeans…[FULL STORY]