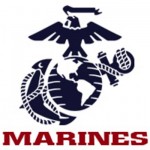 Students from across the Moroccan military branches are working together with U.S. Marines from Special-Purpose Marine Air-Ground Task Force Crisis Response-Africa to build up Morocco’s demining capabilities.

The training is part of the U.S. Humanitarian Mine Action Program, formerly called U.S. Humanitarian Demining Program, which has been assisting partner nations in developing their mine action capacity since 1988. The program aims to educate and train the host nation on removing explosive remnants of war, or ERW, in post-conflict areas, while relieving human suffering.

The Marines, based out of Naval Air Station Sigonella, Italy, began training the Moroccans, Feb. 22, at the host nation’s request and in coordination with the U.S. Embassy in Rabat. The Marines also worked alongside Utah Air National Guard and National Guard EOD technicians and engineers, respectively…[FULL STORY]