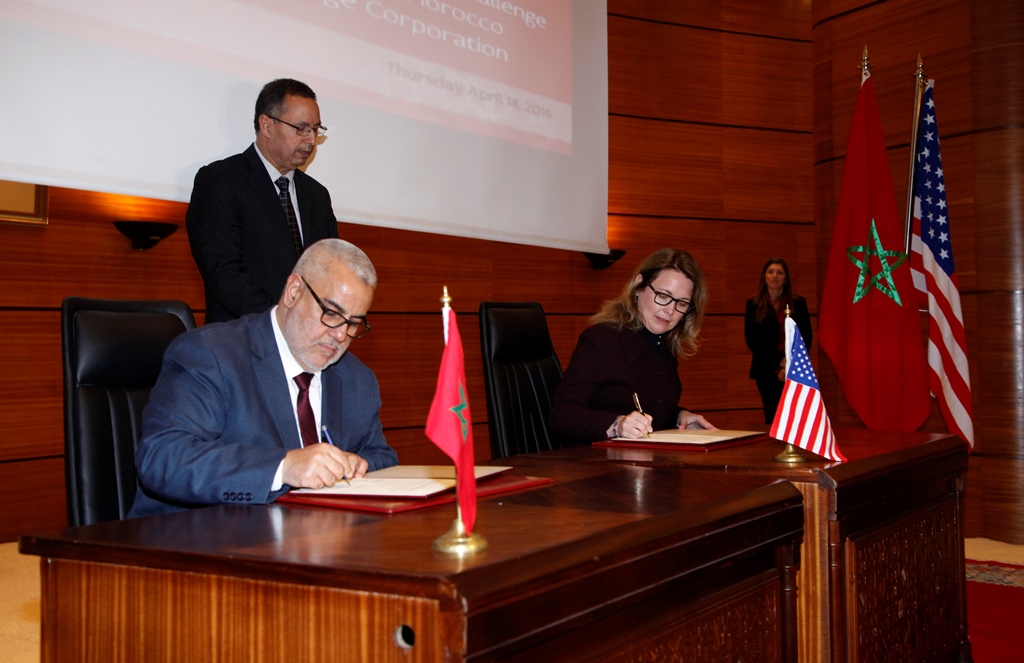 In Seattle, representatives from four Moroccan aeronautical sectors, under the umbrella of the Association of Moroccan Aerospace Industry (GIMAS), met with engineering, procurement, supply chain, fabrication, commodity teams, suppliers and service providers on Thursday and Friday to promote Morocco’s booming aeronautics industry. In less than a decade, this burgeoning sector has added 40,000 jobs to the economy thanks to a robust supply chain of more than 100 companies from Europe, the US, and Asia. Seattle is also the proposed site for the next Moroccan-American Trade & Investment Forum in October 2016.

On Thursday, Morocco and the Millennium Challenge Corporation (MCC) signed a second cooperation program (Compact II) amounting to $450 million that “supports two Moroccan Government priorities: the Employability Project aims to address the supply of skilled labor by providing graduates from secondary schools and workforce development programs with skills that respond to private sector needs; and the Land Project focuses on improving land markets to create opportunities for investment by landholders and business owners,” according to a MCC release.

“By improving Morocco’s policy and institutional environment, better aligning secondary school and vocational training program graduates’ skills with the needs of employers, and creating models for engagement with the private sector, the compact’s projects address both the supply and demand sides of the labor market,” read the release.

The compact signing followed the third US-Morocco Business Development Conference, held Monday through Wednesday in Rabat as part of the US-Morocco Strategic Dialogue launched in 2012. The conference focused on Morocco’s automotive and energy sectors, as well as its increasingly important role as a platform for doing business in Africa. In remarks to conference attendees, Chairman of Morocco’s Economic, Social and Environmental Council (CESE) Nizar Baraka said that “US companies that have invested in Morocco have benefited from the thriving business climate [here],” noting Morocco’s close proximity to and strong relationship with African markets. “Africa is the destination and Morocco is its gateway,” he said.

These developments come just days after French automaker Renault announced a major new expansion of existing investments in the country. Earlier this year, Morocco was named among the 50 most innovative economies in the world and one of just two such economies in Africa by the 2016 Bloomberg Innovation Index. In 2014, the Wall Street Journal’s  Frontiers/FSG Frontier Markets Sentiment Index reported that Morocco is among the top ten frontier markets—and the only one in the Maghreb—most favored by foreign corporations. KPMG International and Oxford Economics’ 2015 Change Readiness Index (CRI) ranked Morocco as the most “change-ready” country in the Maghreb, with particularly positive results in the category of “enterprise capability.” The World Bank’s Doing Business 2016 report ranked Morocco first out of 20 MENA countries in terms of “ease of starting a business” and placed it sixth overall in the region for “ease of doing business.”