Morocco’s House of Representatives is working with Parliaments of the UK and France to strengthen capacity of government: 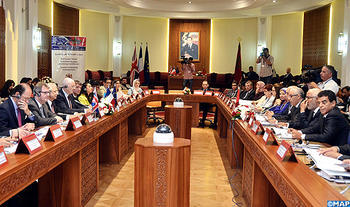 Funded by the European Union, the project aims to support the House of Representatives in the exercise of its powers, which were strengthened following the adoption of the Constitution of 29 July 2011.

This twinning project (2016-2018) is meant to build skills in legislation, strengthen control capacity of the government’s action and public policies, improve women’s participation in parliamentary work and promote parliamentary diplomacy.

The project also provides for capacity building in the area of administrative and financial management, the strengthening of the information system of Morocco’s lower house and the consolidation of its document management system…[ORIGINAL STORY, SUBSCRIPTION REQUIRED]