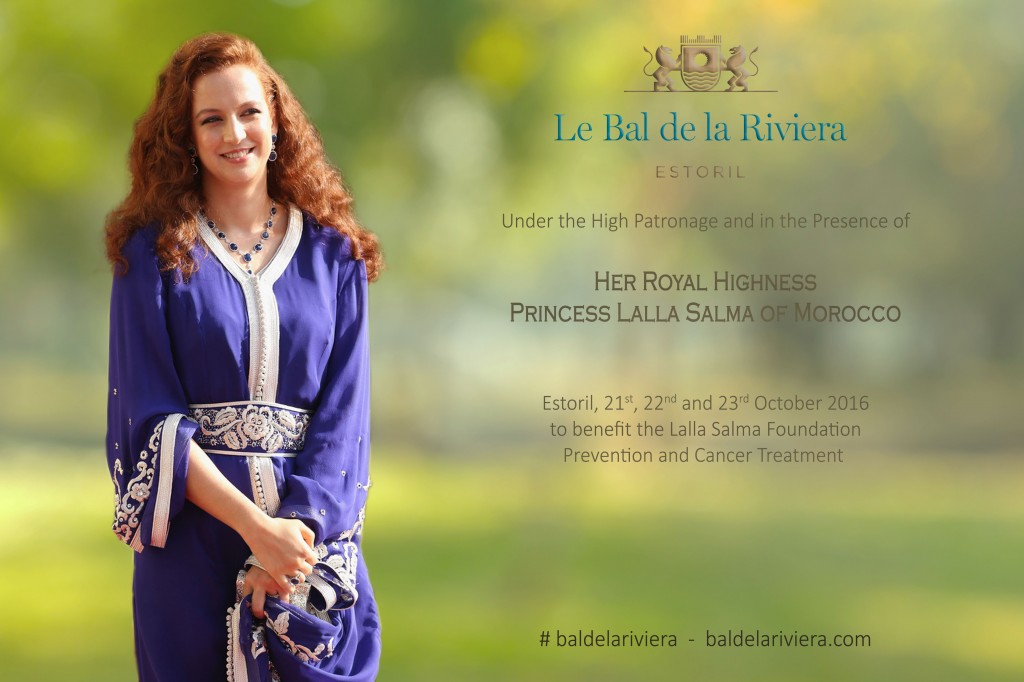 Every fall since 2014, Prince and Princess Charles-Philippe of Orleans have hosted the Bal de la Riviera, a “philanthropic weekend event” in Estoril, Portugal, that unites “friends and most eminent ambassadors of elegance from all over the world” to celebrate “an outstanding personality” and cause. In 2014, the event raised funds for the Portuguese Red Cross while honoring British novelist Ian Fleming (of James Bond fame); and in 2015, it focused on ocean preservation and the work of Prince Albert II of Monaco in that regard.

Since establishing the foundation in 2005, Morocco’s “First Lady” has been a tireless champion of the cause, working to improve patient care, promote prevention—including breast cancer screenings—and support scientific research. She has personally overseen the launch of many institutions and maisons de vie (rehabilitation centers) around the country that provide patients with expert care from doctors, psychologists and social workers, including the Oncology Center of Meknes, the Mohammed VI Center for Cancer Treatment in Casablanca, and the National Oncology Institute in Rabat, to name just a few. She has created partnerships with such esteemed groups as the World Health Organization; the Hospitals of Paris-Hospitals of France Foundation (presided over by former French First Lady Bernadette Chirac); and Roche Laboratories to improve access to medication for underprivileged patients. The Foundation has also focused efforts on an anti-tobacco campaign, awarding companies and schools that go tobacco-free.

She has even expanded the reach of her work outside Morocco. In 2011, the Princess participated in the 66th UN General Assembly meeting as a Goodwill Ambassador, advocating for the creation of an international fund for the prevention and treatment of cancer. And in 2015, Morocco became the first African country and second Arab country to join the World Health Organization’s International Agency for Research on Cancer.

She brought this level of dedication with her even on her short trip to Portugal, where besides attending the Bal – where she was honored with the “Tribute Award” – she visited the Portuguese Oncology Institute of Lisbon and attended a conference on cancer treatments at the Paula Rego Museum in Cascais.

The “Tribute Award” was clearly well-deserved.