Morocco’s second election since the adoption of the new constitution in 2011 resulted in the appointment of Abdelilah Benkirane as head of government, since his moderate Islamic party, PJD, had the highest number of votes. He is currently in the process of negotiating a governing coalition.

To outside observers, this seems consistent with the norms of a democratic election and so is not remarkable. However, it has a much larger significance for several reasons. First of all, the results reinforce the reality that free and fair elections are a consistent feature of political life in Morocco. There are winners and losers, and the process moves towards peaceful outcomes and transitions, if necessary. Secondly, the results indicated the rise of a strong party, the PAM, in opposition to the PJD-led government, another healthy sign of a society in which no one party has the monopoly on the national discourse. A third consideration is that King Mohammed VI showed his support for the electoral process by immediately appointing Benkirane to form a government, a critical step since PAM is known to be strong supporters of the palace.

Most important in the long run, the election underscores Morocco’s advance towards greater civic engagement and government accountability, a consistent theme in the King’s speeches, most recently to the opening session of Parliament, itself continually including more women and youth members. And this is probably Morocco’s strongest asset, the blending of the King’s leadership with a government supporting ongoing reforms that bring Morocco in line with human and civic values that solidify its democratic elements. 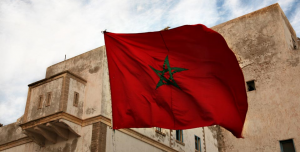 Intentions are certainly not enough. The reform agenda is still incomplete. And the gap between passing and implementing legislation cannot be ignored. The King himself complained about the inadequate understanding and enforcement of the Family Law (Moudawana), which provides significant policies for women’s empowerment. Judicial independence is still to be attained; the regionalization process devolving certain powers to local governments has yet to be fully codified with institutions and human resources prepared to implement it; and there are gaps in the educational infrastructure and approach that are an obstacle to fully developing the country’s human potential.

These issues and many more were raised during the election, another positive sign for Morocco’s democracy. Most importantly, aside from a defensible prohibition on pre-election polling (which can be appreciated given the cornucopia of contradictory results of the myriad polls in the US at this time), Morocco has achieved a seasoned election process. As the political parties mature and the number of serious parties shrinks from the 30+ in the recent election, the opportunities for more robust and vibrant political campaigns can be realized.

Over the longer term, Morocco’s elections have another very important function – to build needed credibility in the political system. Some international election observers suggested that the turnout of 43%, while comparable to democratic elections elsewhere, may signal dissatisfaction with political parties. In fact, there are signs that the political parties are getting the message that defining positions, seeking to be more inclusive, and listening to constituencies are critical to their survival and success. Shake-ups are already underway in those parties that fared poorly. Another lesson learned in the recent elections.

Finally, another issue to be reckoned with is how legitimate political mechanisms, such as elections, contribute to Morocco’s internal coherence and ability to govern. The lack of credible mechanism is commonly mentioned an indicator of “state fragility.” As Thomas Carothers points out in a recent Policy Brief produced jointly by the Carnegie Endowment for International Peace, Center for a New American Security, and the United States Institute for Peace, a common feature of fragile states is the systematic exclusion of its citizens. And the commonly defined prescription is “inclusive governance.”

If inclusiveness is the glue for building stability and the social contract, then Morocco is surely headed in the right direction. Elevating the Amazigh language as an official language for the government and educational system, broadening the role of civil society in in policy-making, and the King’s insistence, in his latest speech, that the government remain focused on providing quality services to the people – are all positive trends towards inclusion. People are already more empowered due to digital technologies; the government and institutions must keep pace develop credible and effective communications strategies in order to proactively discharge their responsibilities.

When a government closes off space for independent civil society, it is creating a significant structural obstacle to achieving inclusive governance and positive state-society relations. An active, diverse civil society is the key to empowering marginalized groups, creating multiple channels for citizen participation, mediating diverse interests in a peaceful fashion, and in general creating state-society relations based on mutual communication, respect, and consensus.

This is where Morocco is headed and the country is well on its way.