In its recent 2017 Global Forecast, the Center for Strategic and Internal Studies (CSIS) asked veteran policy analyst, security expert, and former senior government official Dr. Anthony H. Cordesman to provide his perspective on “What are the main risks we face in the Middle East?” True to form, he did not waste any words on trying to crystal-ball the incoming Administration but instead focused on “at least 12 major challenges in the Middle East and North Africa (MENA).” His clear-eyed assessment has a number of points that are particularly relevant to those concerned about Morocco-US relations and what can be done to ensure the sustainability of this dynamic and beneficial relationship.

Dr. Cordesman begins with the need for the US to “Rebuild its strategic partnership with its Arab allies.” And I am sure that the Moroccans feel the same way: “Where do we go from here?” they might be asking, wondering how to enhance an already valued tie. Well, first up is for the US to no longer delay recognizing the Moroccan autonomy plan for the Western Sahara (the “South” to Morocco) as the realistic, credible, and serious basis for comprehensive negotiations to end the conflict. Prodding Algeria and its surrogates to come to the table on the basis of “autonomy for the Sahara under Moroccan sovereignty” not only will point to a clear path forward but will also enhance another of Cordesman’s concerns – countering terrorism. 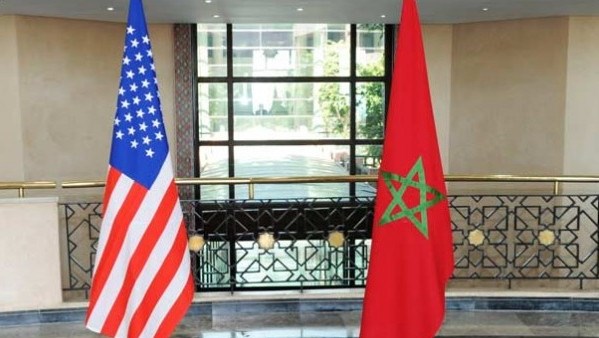 He puts it this way: “Reshape U.S. counterterrorism efforts to fight the remnants of ISIS – and the full range of other Islamic threats from Islamic extremism – in the region.” Morocco is a top tier ally in the war against terrorism, at home, in the region, and internationally. It sits alongside vast ungoverned spaces in the Sahel, borders an Algeria that has had its share of terrorism incidents, and faces increased threats from jihadists returning from Syria, active in Libya, and seeking to undermine security in Tunisia. Morocco has responded forcefully, from intelligence-sharing with a shaken Europe to participating in global coalitions to face terrorist threats. It has pioneered programs aimed at reintegrating fighters who have returned from jihadi actions abroad; is working diligently through imam and mourchidat training programs, community outreach, and promoting Maliki Islam to provide positive religious discourse to combat terrorism; and supports UN resolutions and actions to enable efforts to counter violence.

Other challenges noted by Cordesman include dealing with Russia and Turkey as powers that can support or thwart efforts in Syria and elsewhere. Here too, Morocco is playing a positive role by its efforts to strengthen relations with both countries on the basis of mutual interests in the security and safety of the region. Building long-term ties on agreed political, security, and economic goals with these countries, as well as throughout Africa, is the kind of leadership that reflects Morocco’s natural position in the region. Morocco is also forming important ties to China as that country continues to expand its role in Africa and the Middle East.

Regarding North Africa, Cordesman is straightforward. “Help other allies like Jordan, Morocco, and Tunisia move toward security and stability. The United States cannot afford to focus solely on today’s problem countries. It needs to help its other regional allies prevent political upheavals, make economic progress and reforms, and establish effective security structures.”

It is clear that Morocco will continue to improve defense and security ties with the US, through the existing African Lion military exercises; training of regional security and military forces; building stronger intelligence and counterterrorism capabilities; and hosting critical regional conferences related to security concerns. Morocco has not shied away from its regional responsibility to work with allies to combat threats that can spill over from today’s hot spots.

Similarly, Morocco continues its long-term reforms aimed at economic growth for greater opportunities for jobs and prosperity, as well as a stable and inclusive democracy that reflects the values of the Moroccan people. The US and Morocco share a broad commitment to peace, security, and economic development, which will be an exceptional basis for continuing to build strong and beneficial bilateral relations.