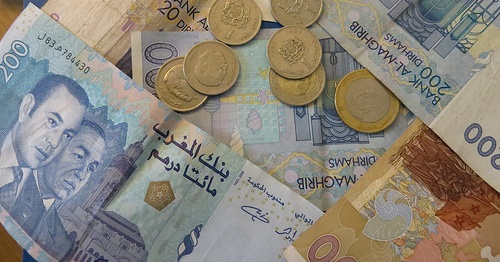 J. Peter Pham, Vice President of the Atlantic Council and Director of its Africa Center, recently published a blog on the Center’s assessment of the continent’s economic prospects in 2017. It listed ten countries, both strong and weak performers, and Morocco is one of the stars. What Pham says about Morocco highlights why companies should take the country seriously as they think about growing their presence in Africa.

The first sector he addresses is energy. “Fresh off hosting the 22nd Conference of Parties (COP22) of the United Nations Framework Convention on Climate Change two months ago in Marrakech, Morocco continues to forge a role as an African—and, indeed, a global—leader on renewable energy. The kingdom is on track to meet more than 40 percent of its needs through renewable energy, primarily solar and wind, by 2020— which is an extraordinary turnaround given that just a few years ago the country was, according to the World Bank, the Middle East’s largest energy importer, depending on fossil fuels for over 97 percent of its energy.”

Even as Morocco builds its leadership role in renewables in Africa and the world, and despite depressed demand globally for hydrocarbons, international oil companies continue to show interest in Morocco, because of both business-friendly policies that encourage public-private partnerships and continued good news from exploration companies evaluating the country’s potential. Reports on recent deals by Chevron for blocks in several on and off-shore locations are strong indicators of what’s in store.

The blog goes on. “Moreover, in pursuit of the goal of making Morocco the commercial gateway to Africa as well as Africa’s bridge to Europe, King Mohammed VI has been busy implementing his strategy of making Africa the  ‘top priority’  of his foreign policy, with a string of official visits across Africa, including recent forays to Rwanda, Ethiopia, and Nigeria, that have resulted in agreements for multibillion-dollar cross-investments in the agriculture, energy, and financial sectors, as well as the historic announcement last month of a Moroccan-Nigerian joint venture to build a gas pipeline to connect the two countries that will eventually link up to Europe.”

In the last year alone, King Mohammed VI has presided over the signing of more than 110 agreements with various countries in central, west, and east Africa, with more coming in the first six months of this year. Building on its expertise in bringing power, roads, and supporting infrastructure into rural area – and supported by internationally respected Moroccan companies and products – electrification, construction, social housing, and community development are the subjects of many of these agreements.

Morocco’s private sector plays a role as well, with agreements in the financial, mining, health, tourism, and education sectors. All of these steps are part of the king’s strategy to build long-term partnerships for economic, social, and political development linking this North African nation with sub-Saharan Africa. In fact, King Mohammed VI consistently speaks about Africa for Africans and the need for solidarity and collaboration to build strong futures and opportunities for the next generation while improving current prospects for prosperity and well-being.

The emerging consensus is that Morocco will achieve more than 4% growth this year, as agriculture will improve on the back of good harvests; exports of automobiles will continue to climb; the government will eventually be formed and pass additional business-friendly regulations regarding labor policies and land ownership; and international investors will increase their roles in the economy to take advantage of Morocco’s many services and opportunities as a regional gateway. It is a good time to be doing business in the kingdom.

This is really encouraging news, especially because so much of this growth is coming from Sub-Saharan African nations.