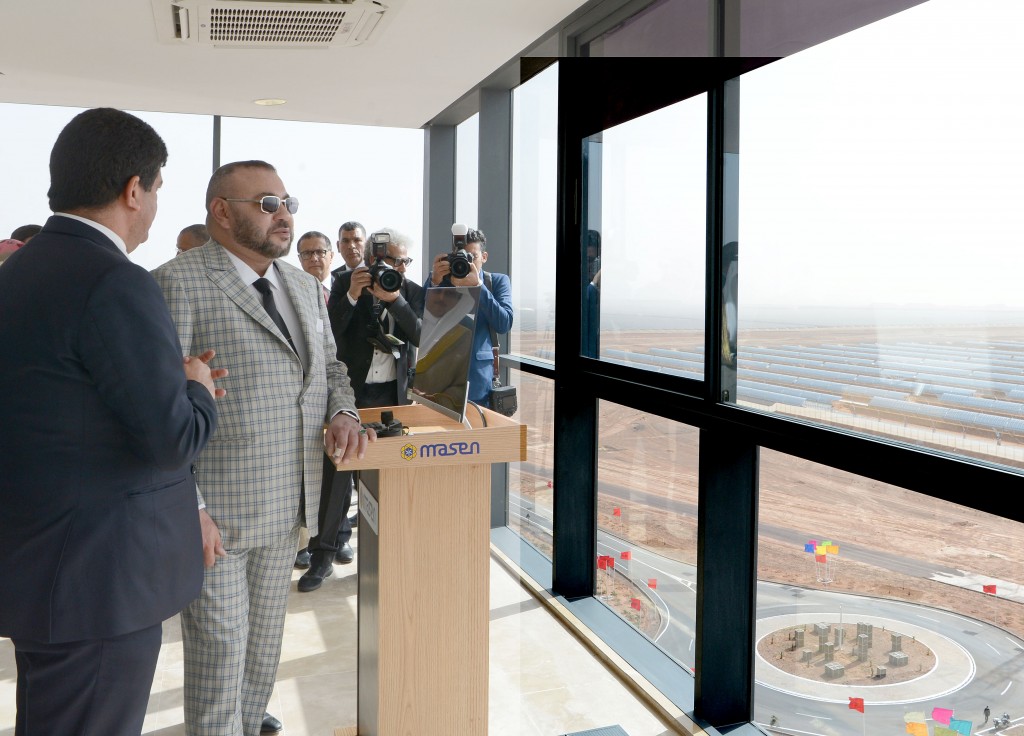 Morocco’s commitment to derive 50% of its domestic energy needs from renewable sources by 2030 took another giant step forward with the launch of the fourth and last stage of the Noor solar energy facility in Ouarzazate. Unlike the previous three segments, which use CSP technology, this 72MW facility will use the more common photovoltaic process for producing energy. Projected to cost $220M, it will serve the needs of 1.1M people in the region, and eventually will provide power to other parts of the country and possibly other African countries.

Once again, the project is led by ACWA Power, a Saudi company that has been the consortium leader on the three other Noor segments working with partners from European and Asian countries. MASEN, Morocco’s solar authority, will provide funding for the expansion. Amazingly, the target price under the agreement is 4.79 cents per kilowatt hour, whereas earlier projects were in the 7-8 cents range.

“This programme will not only focus on the delivery of green electricity at a low cost, but it will also deliver on the strategy of employment creation and eco­nomic development from renewable energy capacity deployment,” said Mohammed Abunayyan, the chairman of ACWA. When completed in 2020, the Noor complex will have a combined capacity of 2000MW.

ACWA’s chief executive, Paddy Padmanathan, said that Noor’s renewable energy capacity would be delivered at “pace-setting tariff levels to support the country’s unwavering commitment to decarbonise electricity generation without compromising the social and economic development of the kingdom,” indicating that the low rates would not affect income flowing to the government.

It is anticipated that job creation in the region will also get a much-needed boost from having a rather inexpensive power source at hand. Investors and companies from the rest of Morocco and overseas will find that the government has already put infrastructure in place to serve new projects in the region. Coming after a very effective COP22 energy summit in Marrakesh last summer, Morocco has received global attention for its domestic and regional efforts to promote sustainable and low-cost energy solutions.

Karim Chraibi, an expert in energy, regulatory frameworks, investments, and renewable energies said that “This project has given us a choice position and international visibility. If everything goes as planned, Ouarzazate – the southern Moroccan city where the Noor project is located – will indeed be the largest concentrated solar power (CSP) technology center in the world. We can certainly rejoice and celebrate this unique achievement in our region.”

This new source of energy will help Morocco address its job creation challenges for the 45% of its population under 25. The government has already initiated a number of programs to provide adequate training and incentives for workers to acquire technical and vocational skills to match opportunities generated by the Noor project in the green energy field.

“Due to its ambitious energy policy, which has earned it 9th place in the global green economy, Morocco should be very pleased to have prepared the ground for the considerable development of green jobs in the short, medium and long term,” Director of the Moroccan Forum of Green Jobs (FMV) Mohamed Lamghrari said. He noted that the environmental sector represented a real source of employment, adding that by 2020, around 13,000 jobs will have been created in sustainable energy production, 50,000 in the forest sector, 35,000 in energy efficiency, 10,000 in the liquid waste management sector and about 11,000 in the management of solid waste.

Morocco’s renewable energy expansion is critical given that it imports 95% of its energy needs. That the country’s only refinery ceased operations in August 2015, and is bankrupt with dim future prospects, adds to the necessity. It is now under court supervision and Mohammad Al Krimi, the independent trustee appointed to oversee the company’s future, said that he has received about 20 offers from foreign investors.

The 200,000-barrels-per-day refinery outside of Casablanca had debts of $4.4B while its valuation is $2.1B. It was originally constructed in 1959 as a government joint venture, and privatized in 1997. A Saudi investment group, SAMIR, increased the original capacity, upgraded its range of refined products to suit the local market, and had its own distribution and marketing network. Despite the rise in Moroccan consumption of oil imports by more than 240% between 2002 and 2015, it was undone by competition from the private sector.  According to an article in Gulf News, “This situation seems to be the same when the refinery was stopped. The crude throughput of the refinery is about 55 per cent of capacity and this is very low and may have contributed to the refinery’s financial difficulties….The government may have been influenced by the availability of ports on the Atlantic and Mediterranean Sea to receive imports and to optimise the internal need for transportation to the detriment of the refinery.”

The role of the refinery in the country’s overall energy strategy will eventually be defined through negotiations with the eventual new owner and the government.