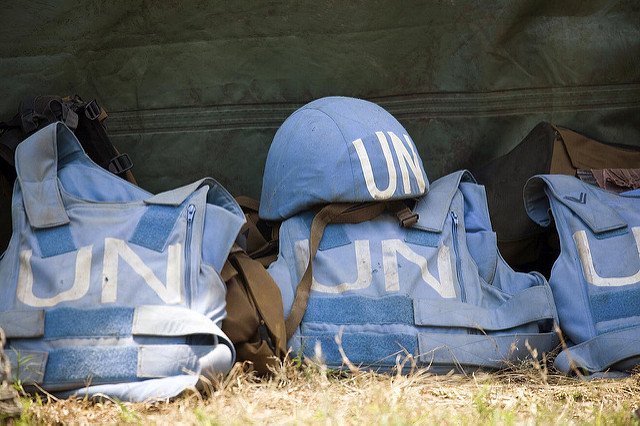 Generally, the first step in solving a problem is ensuring not to make it any worse. They say, if you are in a hole, stop digging. Doctors enjoin their professional colleagues to first “do no harm.” Grandpa always says, “if it ain’t broke, don’t fix it.”

Lately, there is something of a renewal of an idea we have heard before, now again in some fashion among certain influential quarters in Washington and New York, that United Nations peacekeeping is a broken thing. It needs to be put under the microscope and the scalpel and subjected to some radical surgery or given a good scrubbing.

While no one disputes that any large-scale endeavor, like most UN peacekeeping missions, subject to the competing priorities of multiple alpha bosses with often conflicting agendas could likely do with some efficient fixing, we need to be very careful here that we do not violate one of those other time honored truths: “don’t throw the baby out with the bath water.”

Last August, in the interest of facilitating commercial traffic from sub Saharan Africa through Morocco to Europe, the Moroccan government began to pave a several kilometer stretch of rutted dirt track connecting the Kingdom with Mauritania through a demilitarized buffer zone established by UN peacekeepers from the MINURSO mission, there to maintain the 1991ceasefire between Morocco and the insurrectionist Polisario Front.

In a matter of days after Morocco began to pave the track, Polisario soldiers arrived to prevent this bit of commercial road work. When those troops also began to impede commercial trucking across the border, Morocco also dispatched armed elements to the location. Tensions, predictably, began to mount, with Moroccan and Polisario troops separated by less than 200 meters and Polisario threatening war.

Eventually, the King of Morocco became sufficiently concerned by Polisario’s escalating aggressive behavior and hostile threats of a resumption of hostilities, that he requested a direct intervention of the new Secretary General of the United Nations to calm the situation and reduce the threat of another armed conflict in an already fragile Saharan security climate.  Responding immediately to the Secretary General’s request, Morocco withdrew its military from the border and buffer zone, but Polisario refused to back away and continued to threaten further escalation.

Only the UN’s MINURSO peacekeepers were present to attempt to calm tensions on the ground.

As this is written on the morning of Friday, April 28, the Security Council is considering the renewal of MINURSO’s mandate for another year and demanding that Polisario withdraw its forces from the buffer zone or face further, and presumably more pointed, consideration from the Council. I am confident that Polisario will see discretion here as the better part of valor and withdraw.

However, without the presence of those MINURSO peacekeepers on the ground and the attention they brought to the issue in the Security Council, I could just as easily see other more dramatic and unwelcome consequences from this dangerous development in the issue of Western Sahara.

Kudos to the King of Morocco for requesting a United Nations intervention and abiding by the Secretary General’s request.  Kudos to the Security Council for backing up its peacekeeping mission with a firm stand. And Kudos to MINURSO for doing its job and doing it well. They likely just helped prevent another  ruinous war in the increasingly dangerous Sahara/Sahel region of North Africa.

Now, the Security Council needs to work a bit more seriously to prevent more such potential explosions and insist on the political solution it says it favors, reached in a spirit of compromise and realism — two other terms that figure prominently in the UN’s deliberations.

That solution is on the table in the form of Morocco’s generous autonomy initiative, which Washington continues to describe as “serious, credible and realistic.”

And of course, the Council also needs to renew MINURSO’s evidently quite useful peacekeeping mandate and take careful note, following these developments, of the sound purpose it has served, while the Council itself tries to figure out, amongst its members with competing agendas, how to persuade Polisario and its supporters what terms like realism and compromise mean these days.