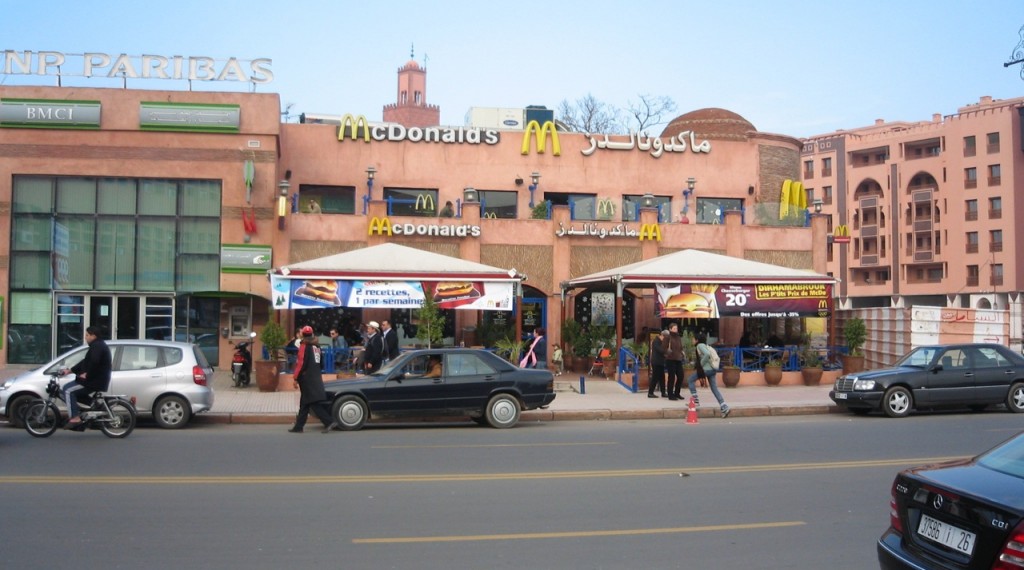 What better symbol of being connected to the global community and America is there than McDonald’s? You can find the golden arches in more than 100 countries across the globe – from Vietnam to Croatia to Peru. Morocco’s first franchise –the first in Africa — opened in Casablanca in1992. And now there’s a McDonald’s in Laayoune, in the Southern Provinces.

That the most American of global restaurants has opened there is a testament to King Mohammed VI’s vision for – and investment in – the Southern Provinces; to the entrepreneurship of the Sahrawi people there; and to the financial support and encouragement of the US Government.  With elected national, regional, and local officials, international airports, a welcoming business climate, an increase in tourism related industries, and, of course, a McDonald’s, the citizens of the Southern Provinces are living in the 21st century.

In contrast, Sahrawis in the desolate Polisario-run camps in Algeria live on international charity (when it isn’t stolen by their “leaders”); they live in tents in the desert, forbidden to work, travel, or leave permanently. They live under Soviet-style, one-party autocratic rule, complete with sham elections. And they’ve lived that way for 40 years, with no hope and no freedom.  Morocco has offered a realistic solution that would allow them to escape this protracted international limbo – autonomy under Moroccan sovereignty. The UN has now refocused on this issue and remains committed to a fifth round of negotiations between the parties based only on that compromise.  The US Government has supported the formula of autonomy under Moroccan sovereignty for almost 2 decades, over four Administrations. The US has matched words with actions by funding development assistance programs that allow those in the Southern Provinces the same access to programs as everyone else in Morocco. In a further show of support, the US has also encouraged private investment in the Sahara in the annual funding bills for Foreign Operations.

So, thanks to all this, the next time I’m in Laayoune, I look forward to having a hamburger, fries, and a Coca-Cola and thinking about how much the world has changed for the better and how much more we still have to do.