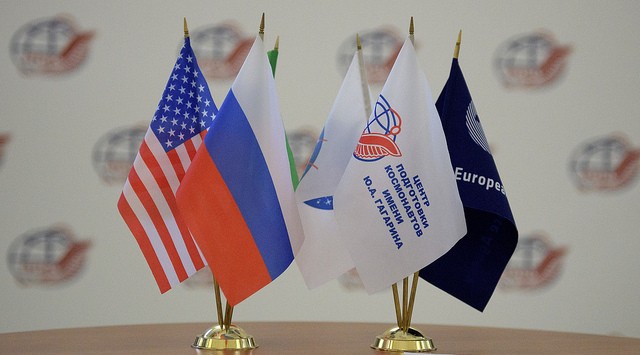 Those who follow US policy in the Middle East and North Africa are increasingly concerned with a lack of a robust or consistent American presence in the region outside of support for Israel and mixed messages on Syria and Iraq. Arab governments initially were pleased that the Trump Administration took a high profile on pursuing a Middle East peace settlement, inserting itself into the Israel-GCC-Iran quagmire, and issuing some soothing words in the Qatar boycott fracas. But the rest of the region, including Egypt and Yemen, are apparent afterthoughts in policy discussions at the State Department and National Security Council, while North Africa may as well be on another planet.

Aside from bewildering our Arab allies and stoking Israel’s anti-Iran fury, it is hard to discern the strategy or results of the Administration’s actions to date. Among the signs of discontent are mutterings about the lack of Ambassadorial appointments to the majority of Arab countries and the opaqueness surrounding the work of the President’s special envoy to the region. As with the Obama Administration, Arab leaders are wondering what can be done to engage the US outside of its seemingly very narrow agenda.

Another consequence of the Administration’s perceived lack of engagement was recently highlighted in an article from the Washington Institute for Near East Policy (WINEP), remarking on the extensive outreach of Russia in North Africa, ostensibly a region of low priority to the US.

In the article, the authors, Sarah Feuer and Anna Borshchevskaya, make a point of the heightened pace of Russia’s dealings with the region in hopes of offsetting traditional US influence and promoting its own “geostrategic, economic, and political interests.”

They point out that, “In Putin’s estimation, Russia’s ascendancy depends on countering the United States and its European allies. Expanded access to the Mediterranean serves this broader goal by establishing a foothold in a European sphere of influence and reducing the U.S. ability to maneuver militarily. In economic terms, North Africa presents an opportunity for Russia to sell arms, forge partnerships in the energy sector, and invest in infrastructure development. Moscow can also claim it is in the region to fight terrorism.”

Although Russia has traditionally had strong relationships with Libya and Algeria, its moves into Tunisia and Morocco should be troubling to the US.

In Libya, Russia is seeking to maintain its foothold by supporting Gen. Khalifa Haftar and positioning itself as a neutral force between the major factions in the country. In addition to its energy resources, Libya offers important access to Egypt and port facilities that expand Russian presence on the Mediterranean.

Russia’s relationship with Algeria is perhaps the longest one it has enjoyed in North Africa, dating from the time of its enormous weapons sales as the Soviet Union. More recently its dealings with Algeria encompass debt forgiveness, more weapons sales, intelligence sharing, and cooperation in the energy sector, despite Algeria being a competitor in natural gas exports. Russia has also signed exploration and development agreements covering oil and gas concessions in the country.

Although Tunisia has long been considered pro-Western, it is benefitting from closer ties to Russia. The article notes: “since 2011 the bilateral relationship has focused on counterterrorism, nuclear energy, and tourism… In 2016, roughly 600,000 Russian tourists visited Tunisia, a tenfold increase from the previous year and over 10 percent of the country’s visitors that year. Tunisian retail businesses have welcomed Russians’ presence, and the government has spoken positively of Russia’s assistance in counterterrorism. Officials have also publicly acknowledged Russia’s growing regional sway, including in Syria.”

Morocco-Russia relations are where the hedging of bets by traditional US allies in securing their interests is most apparent. Since his trip to Moscow in 2016, King Mohammed VI has “strengthened economic relations through a renewal of the countries’ free trade agreement and an expansion of Russian access to Moroccan fisheries on the Atlantic coast.” While Morocco-US relations flounder without clear signals from the US side, Russia has continued to build its ties by becoming a major importer of Moroccan agricultural products, providing technical assistance in the energy sector, and supplying liquefied natural gas to the country.

As importantly, “As it does Tunisia, Russia views Morocco as an economic gateway to Africa; it also regards the kingdom as a model to emulate in countering Islamist extremism in its own vicinity.”

Given the stasis that seems to permeate US diplomacy outside of conflict situations, there is much more that the US could do to assert its common interests with the Maghreb countries, starting with appointing competent and active Ambassadors to fill all the empty posts.

Additionally, “In cooperation with its European allies, policymakers should promote greater regional counterterrorism cooperation among the Maghreb states and expand the US Navy’s presence across the Mediterranean. Stationing more vessels out of Rota, Spain, for example, would help constrain Russian actions.”

Despite the cuts to foreign assistance programs, the US must continue to build its cultural, education, and capacity-building programs with North Africa whenever possible, developing regional programs when useful. North African countries could greatly benefit from encouragement to strengthen civil society and protect individual liberties; the U­S can do much more in this regard.

Promoting stronger economic relations can also play a role in enabling local economies, which are in need of resilient and sustainable projects that create valued jobs and include women and youth. Programs that support entrepreneurship and the creation of SMEs should be continued and expanded as an antidote to the growing numbers of restless, unemployed youth susceptible to negative messaging.

North Africa should not be Russia’s for the taking. The US has invested decades of efforts in supporting the development of these societies. Many individuals within these countries’ public and private sector leadership have taken advantage of US exchange and educational programs and have an inclination to support closer ties. Without a commitment to husbanding these ties and building long-term relationships that engage North Africans across sectors and parties, the US is signaling its intentions to become a second-rate friend in the region, and American influence will wane accordingly.