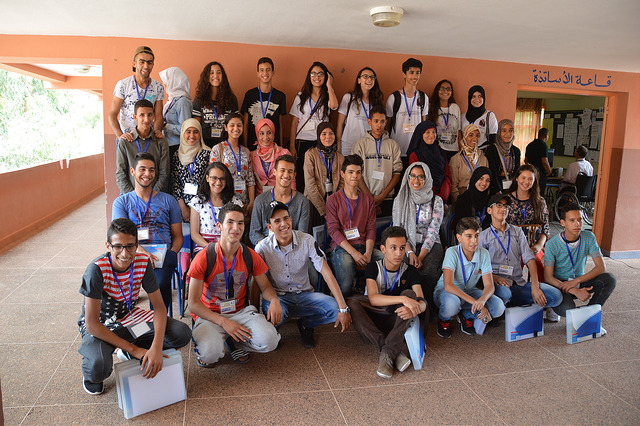 The announcement of Marie Royce, a highly qualified Washington insider, as Assistant Secretary of State for Educational and Cultural Exchange, presents an opportunity to ramp up one of the most cost effective and impactful US foreign policy tools. Today, educational and cultural exchanges in the Middle East and North Africa are often perceived as a sometimes frivolous and wasteful sideshow by some policymakers who, instead, prefer short term policy tools that have more immediate impact on bilateral interests and underscore bilateral support for allies, such as military and counterterrorism cooperation, and support for political, trade and aid policies.

Since the Woodrow Wilson administration, policymakers have debated the proper balance between American democratic values and our national interests.  As important as it is for US leadership to show a balance between the two, time and again the latter precedes the former when push comes to shove; whether its Gulf States’ oil versus human rights, democratic elections in Egypt, or the impact of Syrian refugees on neighboring countries and the West.

This makes for budget competition between soft power programs such as USAID, Peace Corps, and educational and cultural exchange programs, versus short term, hard-power programs and policies.

When I was U.S. Ambassador to Morocco in 1998, nineteen of the 41 new opposition government ministers had participated in either the US International Visitor, Fulbright, or other US educational exchange program.  These were ministers who had studied in the US and participated in programs advocating good governance, economic openness and American local government administration, which made encouraging closer ties between us a much easier task.

Over the years, polling in the Middle East has shown that US favorability in the region is the lowest of any other in the world.  However, when examining the difference between respondents who have visited the US versus those who haven’t, it is noteworthy that the former are much more likely to have a favorable impression of our country.

Statistics from the State Department Bureau of Educational and Cultural Affairs, regarding participants in exchanges over the past several years, speak for themselves: they include 10% of the female Nobel prize winners since 1940; 565 heads of government; 105 Pulitzer prize winners; 64 representatives to the UN; as well as 22 Fulbright recipients who have received the US presidential medal of freedom, 59 the Nobel prize and 37 becoming heads of state. In addition, $36 billion was contributed by international students in 2015-16 alone. Every person participating in an exchange program has the potential to become an unofficial Ambassador for the United States when they return home to lead their government, corporation, or political party.

In order to avoid competition for limited funding between what is needed to properly conduct its short term bilateral affairs and the longer term soft-power needs, the US should consider a new program, separate from existing bilateral aid-funding, to enhance increased participation of a new generation of leaders from the MENA region in various exchange programs. The Arab Partnership Foundation (APF), first proposed in 2005 in a report by the Center for Strategic and International Studies (CSIS), is one such example.

A sustained Arab-US partnership like APF, leader to leader, and citizen to citizen, could be established as a 509(a)1 corporation to foster education, entrepreneurship, and reform among the next generation of Arab leaders. Similar to the British Council and Asia Foundation, it would be separate from other US quasi-government institutions that get almost all of their budgets from the US.  Instead the AFP would receive funding from multinational corporations, host and regional governments and charitable foundations, as well as the US government. It would be people to people focused, and foster cross cultural understanding, promote support for US schools overseas, and high school as well as university exchanges and scholarships, and journalist, religious leader, business leader and other visits of similar interest. Non-governmental organization leaders and academics could also be included to foster best practices with regard to gender and women’s equality, human rights, good governance and civil society leadership.

Strong US leadership in the name of the new Assistant Secretary for Educational and Cultural Exchanges, together with a Congress that is more informed about the effectiveness of such programs, both financial and with proven results, may offer a chance for increasing and improving the best of our existing soft power foreign policy tools in a region that remains vital to our national interests.