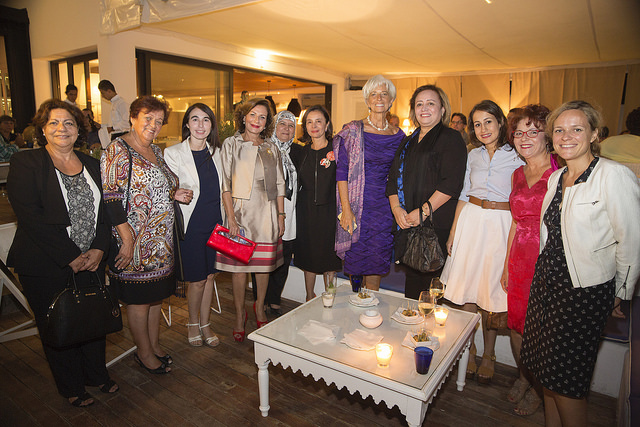 The ruling Nidaa Tounes party in Tunisia froze the prime minister’s membership and called for his resignation after he criticized the President’s son for having a divisive impact on the party. This latest internal crisis overshadows the progress made in the last seven years. By many measures, Tunisia is considered to have made great progress in achieving a democratic society since the Arab Spring. Aside from the governing crisis, it is worth discussing other ongoing challenges that prevent even greater progress, including: human rights broadly defined, consolidating and expanding the beneficial role of Civil Society Organizations (CSOs), and civilian control over the military and security forces.

Sarah Yerkes recently posted an extensive overview of the current human rights situation pointing out the forward strides made since the overthrow of former President Ben Ali. However, for every two steps forward, there are concerns that security and political power issues are eroding or limiting potential advances. As she notes, “All of these developments [noted in the article] signal that both civil society and the government have more work ahead of them to address human rights abuses.”

Yerkes points out that “The relative success of Tunisia’s transition does not mean that the process has been an easy one. The country’s seven-year-long transition to democracy has been excruciatingly difficult, marked by several terrorist attacks, ongoing economic crisis, political stalemate, and tenuous compromises between Islamists and secularists.”

She believes that the reason for Tunisia’s progress is the role played by the CSOs. “CSO efforts have been behind most of the important human rights advances in Tunisia and have helped keep the government on track and accountable.” She now believes that recent draft legislation appears to backtrack on empowering and enabling CSOs by using concerns with terrorism financing to require them to register with a new government agency. “It appears to be a backdoor way to increase government oversight of civil society and will undoubtedly create a chilling effect on freedom of association in Tunisia.” Given that existing legislation already defines accountability standards for the NGO community, the legislation is deemed unnecessary and an ineffective weapon in the war against terrorist financing.

On the political ledger, Tunisia has some notable success. It now has the highest percentage of women legislators of any Arab parliament, and an amendment to the electoral law establishing both horizontal and vertical gender parity resulted in women winning 49% of seats in the recent municipal elections. Despite regional inequalities in social and economic development, key political actors have made regional development a priority, on paper. As the parliament and the president begin a new legislative session, hopefully it will move forward with regionalization commitments.

On the issue of racism, a draft law is being prepared that would criminalize discrimination based on race, color, or descent. “The draft law also includes measures to combat racial discrimination by addressing it in education, culture, and the media,” according to Yerkes. Yet human rights groups “have reported a pattern of abuse and harassment of LGBTI individuals,” and parliament recently refused to extend the mandate of the Truth and Dignity Commission. The challenge remains to reduce the tendency of traditional political players to aggrandize power along party lines and work towards a broader recognition of national problems and solutions.

The security and defense sectors are the subject of an article in the Sada Journal of the Carnegie Endowment. The author is concerned that parliament has not effectively acted to establish civilian control of the military and security services, largely due to the inexperience of committee members responsible for oversight and reforms and bifurcated oversight responsibilities. Since the survival of Tunisia’s democracy owes its early success to the abstention of the military from supporting Ben Ali, it is important for the leadership to now take charge of the security and military forces given the many challenges domestically and on its borders.

There are many reasons for this lack of oversight. To date, the only actions taken by the parliament have been related to administrative issues and the ratification “of the Revised Kyoto Convention on the Simplification and Harmonization of Customs Procedures, which obliges customs agents, seen by many Tunisians as the most corrupt members within the security forces, to adhere to international standards regarding transparency.”

The responsible Committee on Security and Defense members only serve a year and have little understanding of standards needed for the reform and professionalization of the sector. Even their briefing from the Army’s National Defense Institute is only a one-week overview of how the army functions. As the article points out, “Yet this training still does not impart enough knowledge to think about reforms strategically and critically, and members of the committee, who rotate every year, are chosen more for their willingness to advance their party’s agenda than for their own interest or expertise.” Since the committee’s membership is determined by a partisan quota, “the majority of members are affiliated with the ruling coalition, potentially helping prioritize short-term efforts to entrench these parties’ power at the expense of long-term reforms.”

The article argues that “New and increased threats from terrorism, smuggling, and illegal migration require increased military presence in all border regions, perhaps in coordination with the National Guard, and the centralized capacity to coordinate border operations. This would also necessitate appointing a new chief-of-staff of the armed forces—responsible for coordinating the efforts of the army, navy, and air force—a position that has been empty since…2013.”

The current national conscription law also needs to be reformed as there are too many exemptions, lack of consistent administration, and ill-defined objectives in the current program. Another step that would have beneficial long term results is to reform the parliamentary committees by consolidating all functions related to security under one committee rather than separating administrative issues under general government operations.

Tunisia needs its friends in Europe and the US to bring best practices in civilian oversight to the government by providing technical assistance to build and implement a comprehensive and overall strategic vision for military and security oversight and reforms and to provide the government and security and military with the means to manage the reform process over time.