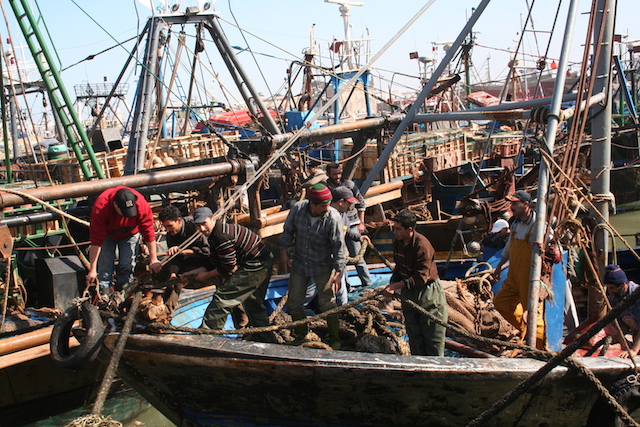 While tourists are increasingly concerned with traveling in certain countries, that shouldn’t be a problem when choosing Morocco as it ranks 28th out of 140 countries in terms of safety and security, according to the World Economic Forum. Its recent report about tourism competitiveness places Morocco ahead of Germany (41), the UK (45), and France (51) in terms of safety and security. Finland, Iceland, and Oman top the list in that category. Overall, Morocco came in 66th far behind the leaders Spain, France, Germany, Japan, the US, and the UK.

According to an analysis in Morocco World News, “In the Middle East and North Africa region, Morocco came out on top in terms of travel and tourism prioritization (26th globally), and in natural resources (63rd). The report also recognized Morocco as the country that has improved the most in the region in terms of business environment (38th globally) and air transport infrastructure (58th).” It is clear that Morocco still has some lengths to go as it actually fell one place since the last report.

This past year, tourism contributed more than $7 billion dollars to the country’s GDP, hosting some 11.35 million visitors.

OCP has joined the World Business Council for Sustainable Development (WBCSD), an international organization of more than 200 companies that have made sustainable development a business priority. This is the latest step that the company has taken to solidify its role both within its sector and in the many countries in which it does business, especially in Africa. Mostafa Terrab, OCP Chairman and CEO, said “we are delighted to join WBCSD and the other member companies who are part of this vital commitment to accelerate the transition to a sustainable world.” He added, “Our sustainable development vision is deeply rooted in our DNA, as we serve as stewards of the world’s largest reserves of phosphate, a vital plant nutrient that is critical to the mission of feeding a growing global population in a sustainable fashion.”

The announcement was made shortly after the signing of an MoU between OCP Africa and the International Islamic Trade Finance Corporation “to increase agricultural production yields and income levels for Africa’s smallholder farmers through strategic funding, innovation, and capacity-building measures.” This agreement aims to strengthen collaboration in various areas including training for smallholding farmers on sound agricultural practices, soil testing, and fertility management to support better yields.

As part of its commitment to the achievement of the UN’s Sustainable Development Goals (SDGs) OCP Group has launched “the “Circular Economy,” an eco-friendly system aimed at eliminating waste and reducing the continual use of resources.

Although there has been progress, rural women in Morocco still have poor literacy rates, according to the High Planning Commission. They lack access to education and to health care despite many efforts to improve their situation. Even though primary education is available in most areas, there is a significant gap at the secondary level. The preschool enrollment rate among rural girls for 2017-18 was 25.4% compared with 53.9% for girls in urban areas, 41.6% for girls at the national level, and 40.5% for rural boys, HCP’s statistics said.

In secondary school, the net enrolment rate of rural girls was 39.7% in 2019, compared with 80.2% for urban girls. In high school, the rate was 12.5% against 57.4% for girls in urban areas. The HCP explained that the disparities were because of a very high dropout rate among rural girls, especially at the secondary level, which is nearly four times higher than that of urban girls (16.8% against 4.8%).

Activists mention lack of sufficient government support as the main culprit. “Boarding houses and transport are not available in all rural areas, which are major hindrances to girls’ pursuit of their education,” said Saida Idrissi, former president of the Democratic Association of Women of Morocco, adding that families often halt their daughters’ education for fear for their safety. “Some boarding houses are overcrowded while the quality of school food rations is very low,” she said. Idrissi called on the government to implement a broad policy to improve the infrastructure that would help rural girls further their education.

According to the Ministry of Economy, Finance, and Administration Reform, more than $350 million was allocated to strengthen social support for schooling for vulnerable groups, especially in rural areas, said in the 2020 draft budget bill before parliament.

Another factor mentioned by the HCP is that the mortality rate remained high in rural areas, with 111.1 deaths per 100,000 births against 44.6 deaths in Moroccan urban areas. It reports that public health centers are understaffed in rural areas and lack medical equipment, which makes it difficult for doctors to deal with the most urgent cases. Geographic and socio-cultural factors are other obstacles to rural women’s access to health care.

Blue Morocco Opens Opportunities for Morocco’s Fishing Sector. As fish stocks decline in the Mediterranean and competition for small fishermen increases along the Atlantic, Moroccans are turning to aquaculture as a way forward for the sector. Currently, there are a number of cooperatives introducing the cultivation of mussels for commercial markets and red algae for pharmaceutical and cosmetics industries. Closer to Gibraltar, they are raising sea bass in cages, which is giving new opportunities to the industry, which provides more than 10% of the country’s GDP.

Overfishing and climate change have affected the industry, and the government department of maritime fishing notes that the catch in the eastern region has dropped in half from 2013 to 2017, and some 30% along other areas of the Mediterranean coast. So to shore up the industry and generate opportunities, the government adopted the Blue Morocco plan in 2009, which, until now, has not been as extensive as planned.  One of its key components is educating fishermen to respect quotas and comply with regulations on fishing gear and closed seasons.