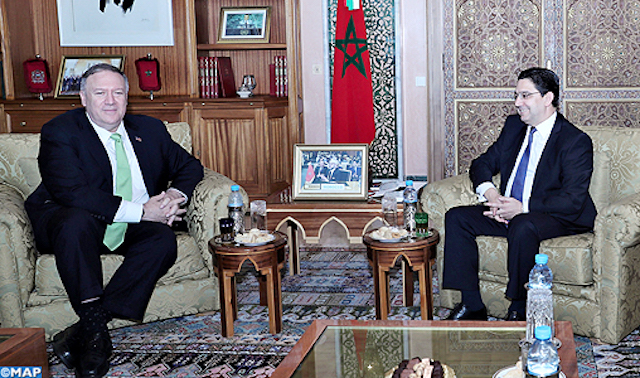 Last week, I read stories speculating that Morocco would be normalizing relations with Israel  in exchange for a more forward leaning US statement or policy on the Western Sahara, an existential issue for the country. Secretary Pompeo was to make a two-day visit to Morocco in early December during which he would have an audience with King Mohammed VI. Some even reported that Israeli Prime Minister Netanyahu would accompany Pompeo on the visit.

Subsequent stories however indicated that the King, upon hearing of the Pompeo agenda and possibility of Netanyahu tagging on, rejected the idea and ended up not even meeting with Secretary Pompeo, cutting the visit short.

I have studied Morocco and been a close observer of King Mohammed for the past twenty years. Although I have no information on the accuracy of these reports, I am not surprised by the King’s response, if they are correct.  For more than 20 years, he has been strongly committed to Palestinian statehood and has taken courageous positions despite pressure from outside powers. He certainly wasn’t about to weigh in on the Israeli elections by supporting any effort that would help tip the scales for one party or another.

King Mohammed was an early supporter of a two-state solution, serving as an interlocutor between Israel and Palestine in the final days of the Clinton Administration, strongly endorsing the Clinton Parameters. As Chairman of the Organization of Islamic Cooperation (OIC) Jerusalem Committee, he has taken principled positions against Israel on settlements in the West Bank, and has called for the protection of holy sites in Jerusalem. I find it hard to believe that anything would deter him from a principled position on this matter, even if some would dangle the Western Sahara issue as a quid pro quo. My guess is that it would only strengthen his resolve.

When his country was threatened by Christian proselytization or promulgation of extremist Wahhabi precepts, the King was not deterred from shutting down institutions teaching views hostile to the moderate Maliki rite of the Islamic faith, and even cut diplomatic relations with Iran when it was found to be behind such actions. He resisted joining the conflicts in Yemen and the diplomatic riffs with Qatar.

Morocco and its King have been committed to working closely with the United States on anti-terrorism efforts and military cooperation. The largest military exercise in Africa, African Lion, is hosted by Morocco every year. However, the King did not hesitate to take a stand against the US when it attempted to alter its previously stated and historic position on Morocco’s sovereignty over the Western Sahara.

The King has time and again resisted Russian interference in Morocco’s relationship with the US on military matters. However, when rebuffed by the US to partner with Morocco on an investment strategy to open new markets in Africa, he did not hesitate to seek Russian and Chinese partners.

Attempts to have Morocco engage in multi-country diplomatic feuds (such as the Gulf states’ pressure campaign against Qatar), swap an honorable stand on the Palestinian cause by dangling support for the Western Sahara, or being forced by major world powers to adhere to their interests against Morocco’s, have never deterred the King from following his sense of right and wrong.

In a speech to celebrate the 50th anniversary of the OIC on December 12, in Rabat, a week after the Pompeo visit, King Mohammed VI renewed the “constant commitment of Morocco to defend Jerusalem and Palestine and to preserve the legitimate rights of the Palestinian people, by all political, diplomatic legal means and by all possible forms of mobilization on the ground.”

For these reasons and more, the King’s snub of a Pompeo audience and Netanyahu’s proposed tag-along, if true, shouldn’t surprise any Morocco observer. Rather, what we have come to understand is that King Mohammed is not easily intimidated. Dialogue and diplomacy with Morocco and a willingness to listen creates trust and will result in finding consensus on this and many other matters between the United States and Morocco.