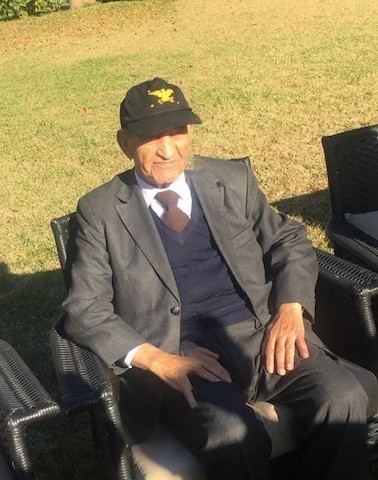 Today, one of Morocco’s greatest patriots, Abderrahmane Youssoufi, passed away in Morocco. As a young man, he fought for Morocco’s independence, then joined the opposition in fighting for a democratic and modern country. His final contribution was as its Prime Minister, ushering in the new Morocco and its historic transition to democracy, under two enlightened and enabling Kings, Hassan II and Mohammed VI.

I arrived in Morocco as the new US Ambassador a month before the new government took office, in January 1998. This would be the first government that came to power through free and fair elections, designating that the opposition socialist party, the USFP, which had won the largest number of votes, would now form a government.

Within weeks, I was invited to a private and closely held meeting, late at night in Casablanca, with Ahmed Lahlimi, Youssoufi’s closest adviser and friend. He wanted to assure the United States that, although the USFP was characterized as “socialist,” it had much in common with the US and wanted to work in close collaboration with it. This started a relationship which can be considered as the golden era in US-Morocco relations, and was characterized by a strong and enduring tripartite relationship among the government, the King, and the US.

Within months of its formation, the US Mission in Morocco had met with most of the 41 ministers of the Youssoufi government, 19 of whom had studied in the US as exchange or Fulbright scholars, to design a joint and mutually beneficial US-Morocco strategy with a goal of “building a prosperous, democratic and stable Morocco.”

King Hassan would bless the close effort between the Youssoufi government and the US, and would meet with me, as US Ambassador, more than twenty times over the next 18 months, as well as with several high level delegations from Washington, prior to his death. A year into the Youssoufi government tenure, in February 1999, during an intimate conversation, King Hassan candidly said to me, “At this time in our history, it is important to choose virtue over efficiency,” citing the fact that although an appointed technocratic government may have been more efficient in meeting Morocco’s vision, the time had come when it was more important to open the door to elections, democracy, and reform, which, in hindsight, showed his unbelievable foresight of the world to come.

King Mohammed VI would not only embrace his relationship with Youssoufi, but would accelerate the effort begun under King Hassan and encourage US-Moroccan cooperation, while expanding programs with civil society, and enhancing business development, transparency, and good governance.

During this time, USAID would partner with Morocco by providing new funding to address the most vulnerable in society through a number of socio-economic and educational initiatives. I remember one memorable trip to Figuig with King Mohammed and Youssoufi’s ministers to celebrate our partnership. As we lunched together in a tent in the desert, the King described an even greater vision to address the poor and disenfranchised, which would later become the National Human Development Initiative (INDH). He also discussed how tourism would open up economic opportunities for people living in far flung regions beyond the Atlas Mountains, an effort which has come to fruition.

During the Youssoufi years, King Hassan decided, in collaboration with the US, that a proposed referendum on the Sahara should be abandoned. The USFP party was always against a referendum and immediately gained political support for a new alternative. King Hassan would express days before his death that a new political solution, in line with the US proposal for a solution based on autonomy under Moroccan sovereignty, would be pursued.  On September 1, 1999, King Mohammed would declare to the US in his first official meeting as King, with US Secretary of State Madeleine Albright, that he would endorse a sovereignty/autonomy initiative which included US guarantees to protect its sovereignty.

During these years, then Secretary of Defense, Bill Cohen, would visit Morocco twice. The first visit in 1998 opened the door for a closer bilateral military relationship, and discussed the importance of European and North African security supported by NATO. This would lead to official NATO visits to Morocco and eventually lead to Morocco gaining “Major non-NATO Ally” status in 2004.

It was during this first visit that PM Youssoufi told Secretary Cohen a most endearing story of why he quit wearing the traditional djellaba and tarbouche (hat). He said during WWII when US troops were in Morocco he was riding his bike and a US jeep pulled alongside him and a US soldier pulled off his tarbouche. Since he couldn’t afford a new hat, he had to quit wearing the djellaba as well and began dressing in western-style clothes. He told Cohen that the US owed him a new hat. Months later Secretary Cohen sent an official DOD Secretarial hat, which the PM wore until recent days before his death (see photo above). During the second visit of Secretary Cohen, in February 2000, a new strategic defense initiative was announced, the Defense Consultative Council, which has endured to this day as an important regional dialogue concerning security issues in North Africa.

The Youssoufi Government also received then Undersecretary of State Stu Eizenstat and announced the US-North Africa Economic Partnership to enhance the bilateral relationship between the US and the three member countries of North Africa. It was designed to break down the barriers to intra-regional trade and maximize the region’s growth potential. And although Algeria would not cooperate in this effort, US-Morocco trade would more than triple during the Youssoufi years.

Months later, Undersecretary Eizenstat would work on forgiving international debt for Morocco as a sign of support for the Youssoufi government. Soon thereafter, Assistant Secretary of State Ned Walker would visit Morocco and announce a new strategic dialogue process with the government, elevating the bilateral relationship as the most important in the region.

In July 1999, President Clinton would fly to Morocco for the funeral of King Hassan to pay tribute to a great leader and close friend of the US. He was one of more than 50 heads of state who had come to honor King Hassan, and was the first US president since Eisenhower to visit Morocco.

The President met with PM Youssoufi during this trip as well. In their one-hour meeting, President Clinton pledged the solid support of the United States during what he described as a very difficult time for Morocco, and ended the meeting by saying, “You represent hope not only in Morocco but throughout the Arab world for democratization and respect for human rights… I greatly admire what you have done throughout your life, your courage and your commitment to the causes of social justice and human rights.”

May this huge figure in Moroccan history, the greatest among Moroccan patriots, who was loyal to his country and his own values, be memorialized as one of the most important figures in Morocco’s long storied history.